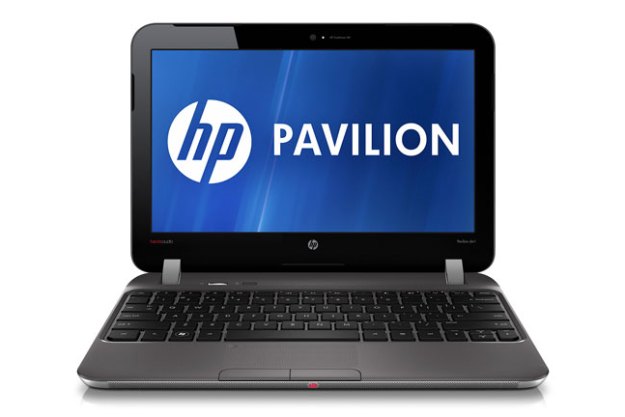 “The HP dm1z is what netbooks originally claimed to be but never were - an affordable and enjoyable Windows PC in a portable package.”

Netbooks, having enjoyed so much excitement during their early days, have now retreated for the most part from the public eye. Part of the reason is likely the rise in tablets, and now Ultrabooks, but netbooks themselves are also partially responsible. There simply has not been much movement in the market. Intel’s Atom, the most popular processor, has received only minor revisions. Excitement is lacking because there’s not a lot to be excited about.

There are, however, a few products that have managed to separate themselves from the masses. One of these is HP’s dm1z, an AMD powered netbook/ultraportable with an 11.6” display. Nothing in the PC hardware world stays the same for long, however. To make sure this laptop keeps pace, HP recently updated the dm1z with AMD’s newest E-Series processors, the E-300 and E-450. In addition, Beats Audio has been stuffed inside the tiny chassis.

That may seem like a lot for a netbook, but this one straddles the line between the netbook and ultraportable categories. However you choose to define it, the little HP’s portability and battery life will need to excel in order to justify a price that rivals the low end of the desktop replacement market.

You won’t have trouble looking at the HP dm1z. While far from luxurious, it features the simple, smooth design that is found in many of HP’s recent products. Matte surfaces are the order of the day everywhere except the display bezel, which is sure to be a hit with enthusiasts.

Though made entirely of plastic, material quality is good and the chassis feels tight. These are things that can’t be taken for granted in a laptop with a base price under $500, regardless of its size.

My only complaint is the display hinges. They’re painted a cheap color of silver that reminds me of the interior trim of a base-model economy car, and they feel even less robust. It’s possible to deform the plastic using just light pressure from your finger, and while they’ll probably last as long as any other part of the laptop, it’s an issue that is hard to ignore once you notice it.

Connectivity options are robust, and nicely molded into the laptop’s thin sides. On the left you’ll find one USB 2.0 port and HDMI, while along the right you’ll find two more USB 2.0 ports, VGA, a card reader and individual headphone and microphone jacks.

The HP dm1z has an 11.6” display with a large bezel, which means that the overall dimensions of this laptop are substantially larger than most 10.1” netbooks. The advantage of this is more room for the keyboard, and HP uses every inch of the space available.

As a result, the size of the keyboard – both overall and of each individual key – is on par with many 13.1” Ultraportables on the market today. Of particular note are the right-side function keys such as Backspace and Shift – they’re larger than those found on some 15.6” laptops.

HP doesn’t waste space with the touchpad either. The gap between the spacebar and the touchpad is about one-half of an inch, and it rolls down to the front of the laptop, where two individual touchpad buttons are placed. Even with this space-maximizing design, the touchpad is not gigantic, but it’s more than large enough for most users. Better still, the touchpads textured with a nice dimpled pattern that makes use simple even in the dark.

Try as it might, the dm1z is not able to provide a user interface that is as comfortable as a good 13.3” laptop, but it’s close. Lack of space for the user’s palms is the main disadvantage. I have fairly large hands, however – those with smaller limbs will have fewer issues.

Though the display on this laptop isn’t large, it offers the same 1366×768 resolution that is found on virtually every laptop with a display size between 11 and 16 inches. This means that, small though this laptop may be, it has no disadvantage in usable display space compared to its larger brethren. In fact, the perceived sharpness of the display is much better than larger laptops because of the higher pixel density.

Quality is high in other areas, as well. Gradient test images were smooth and black levels are exceptional, rivaling the best laptop displays I’ve ever tested. A large amount of dithering is required to make this possible, judging from the mottled appearance of some dark areas in images. That’s a trade-off I think most users can live with.

If there’s any issue, it’s a lack of backlight brightness, but even this is compensated for by a panel that is low on gloss. Reflections are still visible, but in normal use they’re not a serious distraction.

HP decided to make the dm1z a part of its line of Beats Audio laptops, and the results are apparent the instant you begin listening to music. There’s little distortion and a tiny bit of bass available – enough, at least, to produce something recognizable when a track starts to thump. Maximum volume is high as well, so you’ll have no trouble filling an office or even living room with music.

Given the small size of the HP dm1z, it’s not surprising that it slips easily into almost any backpack or messenger bag you could imagine. Only those silly netbook bags, which were often built only for 10.1” devices, might not have enough space.

Though I found that the laptop felt chunkier in-hand than its .8” thickness suggests, backpacks aren’t as prone to being fooled by subjective impressions. Weight is only average at 3.52 pounds, but you’ll usually have to go with an even smaller laptop if you want less heft. Even then you’ll save only a half-pound. You’ll never notice that difference without a scale.

HP ships the dm1z’s stock configuration with a 6-cell battery, which is a good amount of juice for a small computer such as this. As a result of the battery’s size, and the low-power AMD Fusion APU, the laptop stood up to the Battery Eater test for three hours and thirty-four minutes, which was extended to an impressive eight hours and twenty-eight minutes by the much less intense Battery Eater Reader’s Test. These results are among the best Digital Trends has ever measured.

Pre-installed software on the HP dm1z is the usual shtick. Norton antivirus was quick to encourage me to install the software so that the computer would not be immediately hacked by Russians, and provided a reminder every time I used the computer. Though annoying, most laptops ship with some scare-mongering antivirus or another, so it’s not as if going elsewhere will save you from this plight.

Otherwise, there’s not much to report besides the typical bundled offers that most people won’t use. HP is currently offering a free 1-year subscription to LoJack for laptops, which might be handy for business travelers – thought I suspect they would not be using this product as their primary travel companion.

Netbook Performance Outside of Games

As mentioned earlier, our review unit came with AMD’s E-450 processor. A minor update to the proceeding E-350, it is a dual-core part with a clock speed of 1.65 GHz, a mere 50 MHz increase. More relevant is the Radeon IGP built in to the processor, which is now clocked at 600 MHz rather than 492 MHz. The processor was backed up by 4GB of RAM, so there was plenty of memory available.

While any increase in clock speed is appreciated, a mere 50 MHz bump in a part with low per-clock performance is nothing to be excited about. In SiSoft Sandra the E-450 returned a combined processor arithmetic score of 8.53 GOPS, while 7-Zip showed a combined score of 2433. These results are significantly lower than those provided by an Intel Core i5. Even the low-voltage Core i5 in the Acer Aspire S3 more than triples the E-450’s SiSoft Sandra results and doubled the 7-zip results. While some might debate that the HP dm1z is too large to be a true netbook, they certainly can’t debate it is too powerful to be a true netbook.

Or maybe they can – if they approach it from the perspective of graphics. The HP dm1z returned a PCMark 7 score of 1083, which is still low, but reduces the margin of the laptop’s defeat. Running 3DMark 06 resulted in a score of 2710, which is lower than Intel’s HD 3000 IGP, but much better than that provided by Intel Atom netbooks, which are still saddled with the ancient GMA3150.

That graphics solution usually manages a score of just 150 in 3DMark 06. No, I didn’t forget a zero. While an Atom netbook will struggle to play some games sold ten years ago, AMD’s E-450 can run many modern 3D games at playable framerates so long as you keep their detail set to low.

These results, poor though they may be compared to Intel Core powered laptops, represent the best you can expect from a modern netbook processor. This is the price you pay in exchange for over eight hours of battery life in a laptop that costs less than an Apple iPad.

HP’s dm1z is not the prefect netbook. It’s also not the perfect budget ultraportable. But it’s closer to perfection, when approached from either perspective, than any laptop on the market today.

As a netbook, it’s expensive. But if you don’t select any of the options besides the AMD E-450 processor you’ll be receiving a perfectly functional Windows computer for $424.99 that, unlike its smaller competition, offers a comfortable keyboard and touchpad as well as a usable display. In other words, the HP dm1z is what netbooks originally claimed to be but never were – an affordable and enjoyable Windows PC in a portable package.

As a budget ultraportable, the HP dm1z suffers from poor processor performance. Yet it’s also much less expensive and much more portable than the beefier Intel-powered Ultraportables that will so easily thrash the dm1z in SiSoft Sandra or 7-Zip. In addition, this laptop matches or nearly matches more expensive competitors in graphics performance, available RAM and hard drive capacity.

The only alternative I can recommend is the aging ASUS Eee PC 1215N, which is slightly bigger (it has a 12.1” display) and therefor slightly more comfortable for larger folks like myself. If you’re of more typical size, however, the dm1z can’t be beat.