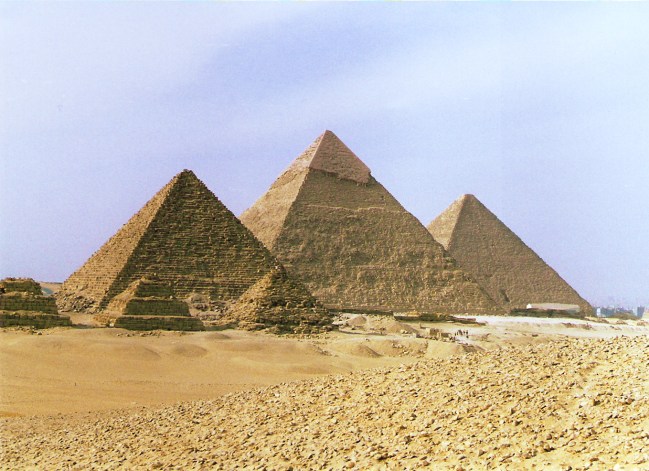 With the help of infra-red satellite images, researchers have discovered a mass of structures in Egypt, including 17 pyramids, the BBC reports. The satellite survey of the country also uncovered 1,000 tombs and 3,000 ancient settlements. Excavations of the sites have already begun, confirming that two of the buried structures are, in fact, pyramids.

Orbiting 435 miles above Earth, the satellites that enabled the discoveries were equipped with cameras capable of identifying objects smaller than 1m in diameter on the earth’s surface. The infra-red images were used to highlight different materials under the surface. Because ancient Egyptians built their structures with mud bricks, a far denser substance than the surrounding soil, the researchers were able to decipher the underground buildings and tombs.

The groundbreaking archeological work was headed up by Egyptologist Dr. Sarah Parcak of the University of Alabama at Birmingham, who told the BBC that she couldn’t believe all that search exposed.

“We were very intensely doing this research for over a year. I could see the data as it was emerging, but for me the ‘Aha!’ moment was when I could step back and look at everything that we’d found and I couldn’t believe we could locate so many sites all over Egypt.

“To excavate a pyramid is the dream of every archaeologist,” she said.

Parcak points out that, while the infra-red satellite imagery has already proven itself highly useful, further developments need to be made to uncover structures deeper beneath the surface.

“These are just the sites [close to] the surface. There are many thousands of additional sites that the Nile has covered over with silt. This is just the beginning of this kind of work.”

Parcak says that she hopes the advancements in technology will lure more young people into her field. She also says that the satellites have helped bring archeology into a new era, where discoveries can be made on a whole other level.

“It allows us to be more focused and selective in the work we do. Faced with a massive site, you don’t know where to start,” she said. “It’s an important tool to focus where we’re excavating. It gives us a much bigger perspective on archaeological sites. We have to think bigger and that’s what the satellites allow us to do.”

To see more about the newly discovered pyramids, check out the BBC documentary “Egypt’s Lost Cities,” which follows Parcak as she unearths her massive find.