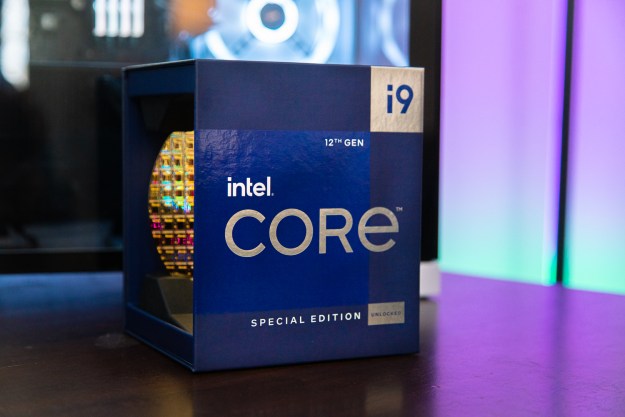 The Intel Core i9-12900K is the best processor on the market right now. The prebinned Core i9-12900KS — which is a special edition of the Core i9-12900K — isn’t. Despite being built on the same bones, the pricey KS model only brings modest improvements for a massive upcharge, and sometimes it doesn’t bring any improvements at all.

Intel has skipped these special edition chips for the last several generations — the last example was the Core i9-9900KS, which offered a similarly modest improvement for around $50 more. But at $200 above the price of the Core i9-12900K, the Core i9-12900KS is as much of a waste of money as it is silicon.

In practice, that comes out to a 300MHz boost with the Core i9-12900KS, split across 200MHz on the P-cores and 100MHz on the E-cores. That boost comes with a 25-watt increase in base power draw, which doesn’t seem that significant. However, the Core i9-12900K already sucks much more power than AMD’s Ryzen 9 5950X, making even a modest increase a big deal.

Halo products always represent a bad value, but not this bad.

Of course, that extra cost may represent higher overclocking headroom, but as I’ll dig into in the upcoming sections, it doesn’t. The only reason to spend extra on the Core i9-12900KS is bragging rights, as the real performance improvements usually fall short of that 6% boost in clock speed.

In pure processor benchmarks like Cinebench and Geekbench, the results are very close. The KS model managed a 5% increase in the single-core Cinebench run, but it was about 3% slower in the multi-core run. There are some slight differences in Geekbench, with the KS model offering a 2% increase in the multi-core test, but the results between the processors are nearly identical.

That’s not the case in real applications, though. In Premiere Pro, the Core i9-12900KS managed a 5% improvement over the base model, and in Photoshop, a shocking 12% improvement. The KS model also shaved a second off of our render time in Handbrake, which is within the typical range of variation.

The 6% clock speed increase plays out as around a 5% improvement in some applications, but the variation is the problem. The Core i9-12900KS was about 5% in Premiere Pro, for example, but it put almost an identical score with transcoding in Handbrake. In applications where you may see a minor improvement, you can easily make that up by overclocking the Core i9-12900K.

Intel claimed the Core i9-12900K was the world’s best gaming CPU when it first launched, and the Core i9-12900KS doesn’t steal that title. It just shares the title for a lot more money. There are some minor differences, of course, but the base model managed better performance in games overall, even if that advantage was slight.

The results above are at 1080p with High to Ultra settings depending on the game. The differences at higher resolutions are so minuscule that they don’t matter, and at 4K, games become so bound by the GPU that the processor makes almost no difference. Even at 1080p, though, the Core i9-12900KS doesn’t show much of an improvement at all.

In Red Dead Redemption 2, the base model is 1.5% faster than the KS. And in Assassin’s Creed Valhalla, the Core i9-12900KS lags by nearly 7%. I reran these benchmarks a few times and always came away with the same results. The only improvement came in Forza Horizon 4, but even then, the Core i9-12900KS was less than 2% faster.

The KS model may be overpriced without much of a performance benefit, but it’s important to remember how impressive Intel’s Alder Lake architecture is overall. We’re looking at a 9% increase over AMD’s best in 3D Mark Time Spy, as well as a massive 18% increase in Forza Horizon 4. The Core i9-12900KS may be a bad value compared to Intel’s other offerings, but it absolutely destroys what AMD has to offer right now.

Even more concerning was power draw. At peak during this run, the Core i9-12900KS drew 274 watts of power, coming out with an average of 250W over the entire benchmark. That’s with Intel’s power limits enabled, too. If you unlock the power limits to apply an overclock, you’re looking at power draw above 300W.

Frankly, I’m concerned about overclocking the Core i9-12900KS without a beefier cooling setup. A 360mm AIO should be more than enough to apply an overclock, even to high-end chips like the Core i9-12900KS. In this case, though, the AIO is barely able to keep up at stock, much less past Intel’s spec.

For power, I wouldn’t pair the Core i9-12900KS with anything less than a highly efficient 1000W power supply. You’re probably going to pair it with a high-end GPU with a big power budget of its own, and even without the power limits removed, the chip peaks well above Intel’s 241W rated limit.

AMD is much better when it comes to power, with the beefy Ryzen 9 5950X only reaching 200W in overclocked scenarios (in many cases, it stays closer to 100W). You can move down to a less demanding chip like the Core i5-12600K, but even that processor has a higher power budget than AMD’s 16-core Ryzen 9 5950X.

The Intel Core i9-12900KS is an overpriced chip that only manages to be hotter and more power-hungry than its $200 cheaper sibling. It’s a great processor in a vacuum, but the Core i9-12900K offers extremely similar performance for a much cheaper price.

Although the Core i9-12900KS is expensive now, I don’t imagine it will stay that way for long. With the base version offering a clearly better value, Intel will likely reduce the price of the KS model as time goes on. When the price drops, it’s not a bad buy if you can find one close to the price of a Core i9-12900K — just make sure you have enough power and cooling.

Yes, the Core i9-12900K is so close of an alternative that it’s almost identical — and it’s $200 cheaper. Otherwise, you could save some money with the Core i5-12600K if you’re primarily focused on gaming and don’t need the multi-core power of the i9.

Right now, the Core i9-12900K — and by extension, the Core i9-12900KS — is the best processor you can buy. It will last the next few years for intense tasks like video editing and transcoding, and for several more when it comes to gaming.

No, buy the Core i9-12900K instead. The Core i9-12900KS is a product for bragging rights, and Intel is taking advantage of that with an obscene price hike. The differences for $200 are so minor that they’re irrelevant, and in some cases, it even seems that die-to-die variation can play a role in performance.