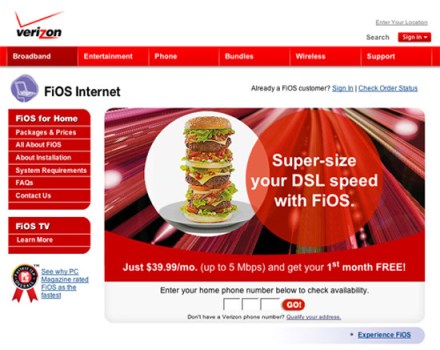 As product performance improves and the use of novel technologies amplifies so does the consumer satisfaction— at least that’s what top analysts at J.D Power and Associates are claiming. The marketing information giant announced the results of its 2009 Residential Television Service Satisfaction Study this morning. The findings were simple: all’s well on the television service front.

According to the director of telecommunications at J.D. Power and Associates, Frank Perazzini, the customer satisfaction with their television service provider has increased considerably in the past year.  Overall satisfaction averages 632 on a 1,000-point scale—an increase of 23 points from 609 in 2008, which marked the lowest industry average during the past five years. For a second consecutive year, AT&T U-verse ranks highest in the West (with an index score of 721) and South (718) regions. In the East region, Verizon FiOS ranks highest for a second consecutive year with a score of 714, while WOW! ranks highest in the North Central Region (724).

The study, based on responses from 28,118 U.S. households, measured consumer satisfaction with cable, satellite and Internet protocol television (IPTV) in regional segments: North Central, East, West and South.  Some of the calculated features of the study were performance, reliability, cost of service, billing options, and offerings and promotions. Perazzini says the companies that usually come out on top, such as Verizon FiOS and AT&T U-verse, tend to be more aggressive early on in ad campaigns and are usually triple-threats—cable, internet, and tv.

“In the wake of receding satisfaction scores in 2008, improvements in product performance and the service surrounding it this year suggest that providers are eager to better position themselves to retain and grow their customer bases,” says Perazzini.

“It appears the economy has had an impact on the use of additional video services in 2009,” says Perazzini. “However, while there has been some belt-tightening regarding most additional services, DVR usage has risen 22 percentage points to 40 percent this year as more households utilize this tool to shift the view time for their preferred free programming.”

Starlink is increasing the cost of its internet service

The best Mac apps for 2022: Top software for your Mac