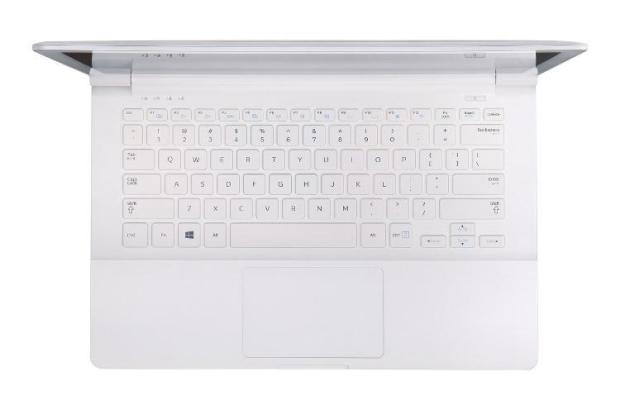 We’re only hours away from Samsung Premier 2013, the company’s latest unveiling event, which is taking place in London, England today. We’re expecting a fairly diverse line of Samsung products, including cameras, notebooks, and phones. Although we’ve managed to get our hands on a pseudo sneak peek of the company’s newest notebook line, thanks to the folks over at the Italy-based website Notebook Italia. The team uncovered some (unofficial) published data sheets that are giving us a glimpse at the new Samsung Ativ Book 9 Lite, the Ativ Book 9 Plus, and the Ativ Book Q. Samsung recently announced that it would be moving all of its Ativ devices to the Windows 8 platform, so it is safe to assume that all three of these devices will center around Microsoft’s new operating system.

Ativ Book 9 Lite and 9 Plus

Check out our hands-on look at the Samsung ATIV Book 9 Lite ultrabook.

The Ativ Book 9 Lite features an ultra-thin, solid white casing (which is different than the silver hue of the previous generation). The screen size measures in at 13 inches, which causes for a small keyboard size. The keys are spaced out, which should make it easier to type on this device without making accidental keystrokes, but the setup lacks a number pad, as you would see in most larger devices. There are currently two published versions of the Ativ Book 9 Lite. The first model, marked as NP905S3G, features an AMD A6 Quad Core CPU, 4GB of system memory, and a 128GB SSD. This model comes in at a price of $883 to $955, while a cheaper model, labeled NP915S3G, will only cost you $657. We are not entirely sure what kinds of hardware cuts that the second model makes to come in at such a reduced price.

The Ativ Book 9 Plus appears to be identical in terms of looks to its Lite cousin, but features some beefed up internal specs. The Plus version swaps out the AMD A6 processor in favor of an Intel Haswell dual core i5-4200U chip with a clock rate of 1.6GHz. The rest of the specifications seem to be similar, although the price point is dramatically different. If you want the Ativ Book 9 Plus, you’ll have to pony up $1,830 to $1,970.

The Ativ Book Q features an internal hardware setup that is identical to the Ativ Book 9 Plus, but comes in at a higher price. Pictures from the Notebook Italia website suggest that this model could be some type of convertible or hybrid devices that transforms between Ultrabook and tablet. The photographs clearly depicts a transforming notebook, and this model makes the best case to be this potential hybrid thanks to its higher price.

We should know more about these three notebooks as soon as Samsung Premier 2013 kicks off.