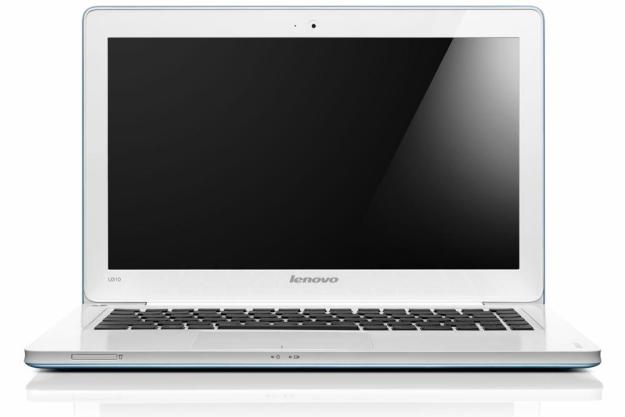 “If you want a thin, stylish, small laptop and you don’t have a wad of cash to spend the U310 is an option you must check out.”

Lenovo has been somewhat conservative with its Ultrabook releases so far. The company had several products on show at CES in January including the U310, U410 and a ThinkPad 430u. All of them were generally well received by the people that saw them and a bit of buzz built. We waited, and waited, and waited – but nothing was released. Instead the company sold the IdeaPad U300s, an expensive Ultrabook that we never had the chance to full review.

We’re not sure why Lenovo decided to wait, but the wait is now over – for one product, at least. The U310, the smallest and least expensive of the Ultrabooks shown earlier this year, is now available.

Our review unit arrived in with an aqua blue exterior and white interior. Inside is a Core i5-3317U low-voltage processor with a base clock of 1.7GHz and 4GB of RAM. Lenovo quotes an MSRP of $799. Surprisingly, this represents an upgrade over the shockingly inexpensive base model, which is currently listed at $749 on the company website.

A price of $800 for a new Ivy-Bridge-powered Ultrabook doesn’t sound like a raw deal, but the devil is always in the details. Does Lenovo offer bang for your buck, or do you get what you pay for?

Lenovo’s U-Series laptops have usually been lookers, and the new U310 is no exception. Our review unit’s combination of a pastel blue coat with a stark white interior was able to provide a unique aesthetic unlike anything we’ve seen before. The company has made sure not to ruin the laptop’s smooth lines and curved edges with unnecessary garnish like heaps of chrome or strange patterns. Simplicity is respected.

Build quality does not quite live up to the design’s excellence. While panel gaps are generally kept out of sight, there are significant spaces between the keyboard panel and the rest of the chassis. There’s also a general lack of rigidity. If you grip the laptop from one corner and look at it from the edge, you can tell that the laptop flexes slightly.

On the other hand, Lenovo isn’t behind the curve in this regard. Toshiba’s Portege Z835 is far less sturdy in all respects. The older ASUS UX31 had problems with flex in the corners of the chassis if the laptop was held in a certain way. And the Acer Aspire S3 was marred by loose display hinges that caused wobble when typing. The Lenovo U310 is actually near the head of the pack when compared to laptops with a similarly thin profile.

The U310 includes two USB 3.0 ports, one USB 2.0 port, HDMI, combo headphone-microphone port and Ethernet jack. That’s about all you’ll get on an Ultrabook, no matter the manufacturer. All ports are easy to access.

Lenovo’s U310 includes an AccuType keyboard similar to the one found on other IdeaPads. Keys are well defined and generally easy for touch-typists to use. However, as with some other laptops from the company, certain keys are smaller than optimal. The backspace and right-side shift key are the dominant examples.

The U310 ties with the HP Folio 13 for best Ultrabook keyboard we’ve tested. Key feel is decent despite the thin profile, and most individual keys are large enough to accommodate hands of any size. Palmrest area is also in no short supply, despite the large touchpad.

Yes, there’s plenty of room for finger-wagging on the U310. The touchpad surface is given a glossy, smooth texture to facilitate fast movements and easy multi-touch gestures. Lenovo can’t overcome the limitations of Windows 7, however. While scrolling feels fine (if a tad fast by default) other gestures, like zoom, are difficult to use correctly. A pamphlet that arrived with the U310 claims that it will support enhanced gestures for Windows 8 – but, of course, we’re still several months from release of the new OS.

The glossy 1366 x 768 display on the U310 feels a bit old-fashioned. Such resolutions are common-place on mainstream laptops, but the premium pretensions of Ultrabooks have created interest in higher resolutions. Some competitors offer 1600 x 900 or 1080p. Lenovo doesn’t, not even as an option.

Overall quality is fine for the application. As with the Lenovo IdeaPad Y480 we reviewed previously, the panel on the U310 suffers from being average in every way. The U310 has a lower base price tag, however, and doesn’t pose as a multi-media laptop. Merely adequate performance is acceptable in this context.

Audio quality is ho-hum. With so little physical space to devote to speakers there isn’t room for hardware capable of reproducing bass. So there isn’t any. The result is a tinny sound that can become distorted in bass-heavy tracks. It’s not horrible – middle of the pack of an Ultrabook, in fact – but it’s a giant step behind what you’ll find in a larger 14- or 15.6-inch multimedia laptop.

Temperatures on the exterior of the U310 are generally kept at about 80 degrees Fahrenheit at idle along both the bottom and the interior of the laptop. Using the laptop is pleasing as a result, but there’s a downside – fan noise. We wouldn’t say the volume of the U310’s fan is particularly loud, but it has a high-pitched whine that is easy to distinguish and distracting. Anyone who frequently uses the laptop in a quiet environment may be put off by this.

Increasing load also increases temperatures, but heat never gets out of control. We measured hot spots of up to 98 degrees Fahrenheit, which is cool for a laptop in this segment. Fan noise continues to be noticeable, but at full speed it doesn’t sound different from any other Ultrabook.

The U310 isn’t hard to tote around. Its weight of 3.75 pounds is far from the best in the class, but at 0.7 inches thin it is respectably slim. The laptop also benefits from a smooth, rounded exterior that makes the product easy to slip in and out of a bag.

A rather small 46Wh battery doesn’t set the bar high for battery life, but the low-voltage processor is able to make the most of it. As a result the U310 turns in Battery Eater endurance of 2 hours and 23 minutes as well as Reader’s Test endurance of 6 hours and 35 minutes. While we’ve received better results from other Ultrabooks and ultraportables, these figures are average and more than adequate for most users.

You won’t find any surprises from the software installed on this system. It’s typical Lenovo fare. There are a couple of different apps on the desktop including a re-branded webcam app and Adobe Reader. Google Chrome is available as an Internet Explorer alternative. And lurking in the apps tray is Lenovo’s silly speedometer-like power management gadget, as well as Lenovo’s Smart Update and Veriface software.

Frankly, most of these gadgets aren’t overly useful or don’t work well, which is standard for pre-installed software. But most of it stays out of your way unless you specifically open it, so the user experience remains intact. With the exception of McAfee’s trial software. It’s as annoying as ever.

Our U310 review unit arrived with a Core i5-3317U low voltage processor clocked at 1.7GHz. This is a typical mid-range Ultrabook processor that you’ll find in a wide variety of products. It delivered typical performance. SiSoft Sandra’s Processor Arithmetic benchmark offered a combined score of 35 GOPS, while 7-Zip provided a combined score of 6,982.

3D performance is often a weak point for Ultrabooks, and the U310 is no exception. In 3DMark 06 the laptop scored 4,554 while 3DMark 11 returned a score of 554. Both of these results are again average for Ultrabooks and very low among all laptops. While it is possible to play 3D games on an Ultrabook, the latest and most demanding titles will not be enjoyable.

The laptop does, however, have two exceptional traits. One is price. At a base price of $749, the U310 is exceptionally inexpensive relative to the competition. Only the upcoming Acer Aspire M5 limbos under this laptop’s MSRP at $679.

The other trait is general competence. Some laptops are good because they do a few things well, but others are good because they don’t do anything poorly. The U310 is the latter. It’s not that quick, nor does it have the best battery life, nor is it exceptionally well built – but it is absolutely adequate in every category. You don’t have to make any sacrifices beyond those inherit to the ultrabook form-factor.

If you want a thin, stylish, small laptop and you don’t have a wad of cash to spend the U310 is an option you must check out. There is no competitor available today that provides more ultrabook for your dollar.