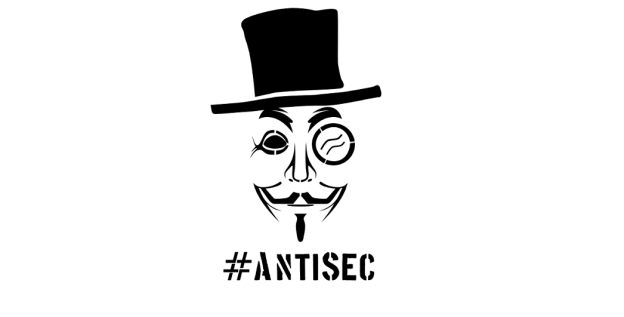 If you had any thoughts that LulzSec had been cowed and beaten back into the cybermire, those thoughts were premature. AntiSec, the combined monster of Anonymous and LulzSec, is ravaging the country side. Or rather, countries. Operation Anti-Security is dumping batches of information onto MediaFire taken from the servers of multiple countries’ governments.

“Aye, we may get a nice little chest full of fine booty ready for release later today. Expect a surprise,” the voice of LulzSec tweeted on AnonymousIRC, the new Twitter vehicle for the group. The hackers later proceeded to dump batches of information, first from the Anguilla Government, then the Brazillians, then Zimbabwe as well as Australia. There is even data from US companies. The anti-government hackers promised to put it all into a convenient torrent on Tuesday, along with more data from US companies and surprises.

The group prefaces each new upload with, “A wild leak appears”. The content they upload ranges in specificity from general server data snatched from Anguilla, to passwords ripped from Brazillian servers, to a SQL-Dump of all Zimbabwe servers starting with the small userbase of Zimbabwe. The hacktivists wrote, “currently uploading about everything about Zimbabwe Government on Internet there is to know. Who actually likes Robert Mugabe? # AntiSec”.

There’s no statement as to the purpose of today’s rapid fire exposure of countries’ servers, other than pushing for the latest conquests of the Operation Anti-Security unification. These recent MediaFire uploads, as well as the Anonymous takeover of the Tunisian government website follow LulzSec’s announcement that it would retire after 50 days of wreaking havoc. Prior to this, Lulz Security notoriously attacked PBS, the CIA and stole date from Arizona law enforcement.

“Yes, my fellows. We may be not quite as funny, but we can assure you: We sail in the same spirit. LulzSec = Anonymous”, the group tweeted to anyone foolish enough to believe them truly gone.

Hackers are infiltrating news websites to spread malware
Why Google Chrome Incognito Mode isn’t what it claims to be
Typos can get you hacked in latest cybersecurity threat
Microsoft data breach exposed sensitive data of 65,000 companies
Mass shipment of Apple’s mixed-reality headset may be delayed
4 tech collabs we want to see on the OnePlus Featuring co-creation platform
This 67W charger is an Apple fan’s retro dream come true
This 38-inch curved Alienware monitor is $450 off (51% claimed)
Alienware teases a monster new 18-inch laptop ahead of CES
Here’s what I’ve learned after using the Quest Pro for one month
Nvidia may finally admit its major mistake with the RTX 4080
These Chrome extensions will put cash-saving coupons right in your browser
The best GPU benchmarking software