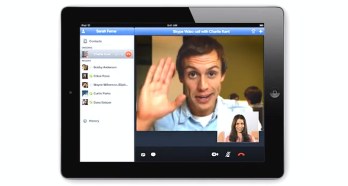 A statement released by the Redmond-based company Thursday evening said that the acquisition meant Skype was now a new business division within Microsoft.

Skype CEO Tony Bates will remain in charge of the company, though will now report directly to Microsoft CEO Steve Ballmer under the title of president of the Skype Division of Microsoft.

Ballmer commented on the deal, saying: “Skype is a phenomenal product and brand that is loved by hundreds of millions of people around the world. We look forward to working with the Skype team to create new ways for people to stay connected to family, friends, clients and colleagues – anytime, anywhere.”

Skype boss Bates also spoke about the deal. “By bringing together the best of Microsoft and the best of Skype, we are committed to empowering consumers and businesses around the globe to connect in new ways,” he said. “Together, we will be able to accelerate Skype’s goal to reach 1 billion users daily.”

Quite how and to what extent Microsoft will incorporate Skype into its products isn’t immediately clear, though Windows Phone integration, for example, is expected.

Whatever happens, Ballmer will be confident he can do more with Skype than eBay did when the online auction site bought it in 2005 for $2.6 billion. eBay did little with the Internet phone company except apparently stare at it a lot, like an unsolvable puzzle, before selling it on four years later.

Skype was founded eight years ago and enables its more than 600 million users around the world to make video and voice calls online. Microsoft’s purchase of the Luxembourg-based VoIP company was its biggest ever acquisition.