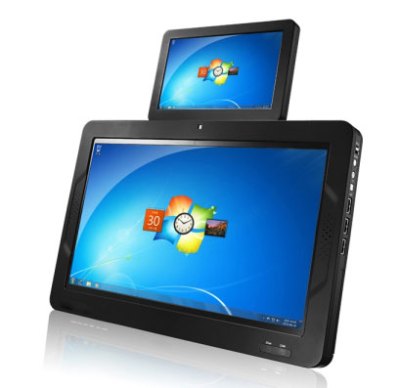 Apple has gotten itself into quite a mess. After widespread complaints from users over reception problems with the iPhone 4, the company’s typically reliable PR machine made some really questionable moves.

Had the company just admitted to having a problem up front and issued free rubber bumpers or covers for the phone (something I think they likely should have always done, given how fragile it is), I’ll bet it would have been trivialized. However, Apple instead tried to cover up the problem. In the end, many publications, including Consumer Reports, have effectively called the firm dishonest, earning Apple unflattering comparisons to Toyota and the phone itself to Windows Vista.

Apple did apologize and give folks free bumpers eventually, but only after a US Senator had gone public saying the bumpers weren’t enough, and in the apology was a false comparison of the antenna problem to other phones (Apple’s external antenna is unique and the other vendors are calling foul). One product has a lot of people looking at Apple differently that week, and for Apple, that isn’t a good thing.

This might be just the break Microsoft needs. A killer Windows Tablet that outperformed the iPad in some critical areas could make a splash right now, while another dud could have the opposite effect, confirming that the executive team has likely overstayed their welcome. Let’s explore what this chink in Apple’s armor means for Microsoft.

As sunny skies seem to be darkening for Apple, Microsoft remains under its own cloud. While it has had a tablet in market since the early part of last decade, it has never gone well. The Mira and Origami failures were put in sharp contrast to the iPad which, while far from perfect, was also far less crippled and much better marketed. Microsoft’s historic cell phone efforts and recent Kin failure (which cratered morale and has employees pleading with Bill Gates to return) has made it look like Microsoft simply can’t compete, and there is growing pressure for the company to rethink its executive team… as in replace most of them. This is not dissimilar to what happens to a losing sports team, until that team wins, and then all is forgiven, and folks kiss and make up.

The Windows Tablet, done right, could be that win. But done wrong, it would only confirm the opinions of those that think that Microsoft needs executive changes in order to survive. HP’s move to the Palm platform after being the poster child for the initial Windows 7 Tablet would indicate that things weren’t as they needed to be. Reports were the product was heavier than the iPad, very slow when it came to touch applications, and had about half the battery life, all for about the same price. HP concluded it wouldn’t sell, and paid over a billion dollars to buy Palm and come up with something that could compete.

However, you may recall that when Steve Jobs first showed the iPhone, it was largely non-functional, and in the following six months, Apple turned a brick into a product that had lines around the block to purchase it. HP did not see the final Windows Tablet, and both Microsoft and Intel are working overtime to make sure those initial problems don’t end up in the final offering.

What the Windows Tablet Needs to Be

Because expectations for the product Windows Tablet are already so low, and because Apple is currently trending, thanks to the iPhone 4, to becoming another untrusted vendor, the requirements for the Windows Tablet have likely become more reasonable. But matching the iPad in terms of price and performance are just table stakes, and it will need to excel in some areas.

Those areas that are a given: PC application support, multi-tasking, weight, Wi-Fi network access, Flash support, camera support, browser choice, tethering support, and a choice of different vendors, hardware and carriers. Those areas it still needs to match on are touch performance, battery life, price, and ease of use. Even if Microsoft can deliver all that, if it doesn’t come wrapped in an Apple-level marketing and introduction effort, it could be perceived for its shortcomings and not its advantages, and still lose, as most currently expect it to. In fact, given how many think the Windows Tablet will fail, Microsoft and its partners will have to be willing to step up significantly if they want to change that impression, even if their product is much better. After all, people don’t like to admit they are wrong.

Finally, the iPad has several distinct weaknesses. It has the wrong kind of display for a reader (both hard on the eyes for reading, and hard to see outdoors), you can’t stream movies on 3G due to AT&T restrictions, its content library for books and multimedia is very small, and Apple appears to be excessively restrictive on content. Standing out in one or more of these areas could allow the Windows crew to prove they can play to win. Oh, and I should also mention, the product desperately needs to be attractive.

Windows Tablet: A Must Win for Microsoft

Like many, I have my doubts whether Microsoft will step up to this challenge with enough resources. We’ve clearly seen them underfund Zune and Origami, destroy Kin (which was a good idea horridly executed), and with all eyes on them, they may not realize that a lot of jobs likely depend on them hitting it out of the park with the new Windows Tablet. Microsoft has the technology. They have the capability. They even have Kathleen Hall, one of the few folks on the planet capable of out-marketing Apple. But do they have the will to do what it takes to put it all together and win?

Companies turn on efforts like this, and we’ll know in a few weeks whether Microsoft steps up or repeats what has been a disappointing trend. The whole “it doesn’t matter if you win or lose but how you played the game” thing is BS. It matters whether you win or lose, and Microsoft has to win this one.

Buy this 15-inch Dell laptop for $200, get The Disney Bundle for free