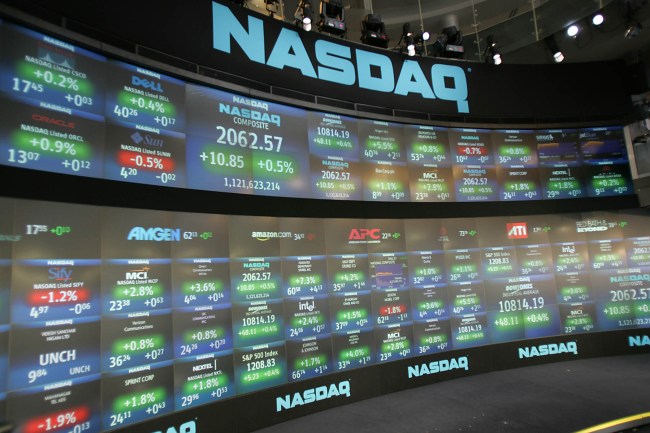 Over the past year, the Nasdaq Stock Market was repeatedly hit by hackers attempting to break into the network. A motive has not been identified yet, but federal investigators believe it could by anything including financial gain, access to inside trade secrets, or the ability to threaten national security.

There has been no indication from the Secret Service or FBI who was involved in the attack on the Stock Market, but the hacker(s) were unable to break into the Nasdaq’s internal trading systems. The Nasdaq Stock Exchange was tipped off when “suspicious files” were found on its servers, but insists trading data has remained secure. Still, there is concern that holes in the network’s security remain. According to The Wall Street Journal, while authorities have yet to find a suspect, insiders familiar with the case say that there is evidence the attack may have originated from Russia. This doesn’t necessarily mean much, though, since Russian computers could have been used as proxies. While the attack was unable to breach its trading platform, many worry the security threat will hurt already-damaged investor confidence.

As hackers become increasingly sophisticated, so do their targets. Not since 1999 has there been a security threat of this magnitude against Nasdaq, when its website was vandalized. Still, its internal network was not compromised. The London Stock Exchange also recently revealed it was subject to “intense cyberattack[s]” last year, and was even completely taken offline due to “suspicious circumstances.”

Wall Street hasn’t been the only victim of late. Information security research firm HBGary Federal’s run-in with hacktivist group Anonymous this weekend cost it more than a PR crisis. The firm’s website was taken down and replaced by a message explaining the group’s motives: According to Anonymous, HBGary had incorrect information regarding the identity of members. Anonymous also now has possession of more than 60,000 e-mails, which have also been posted to Pirate Bay. In addition to attacking the company, the group also singled out CEO Aaron Barr, publicly tweeting his social security number, home address, and cell phone number. Barr recently reported that he knew the individual members of Anonymous and that he would sell the information. This particular threat was more sophisticated than the groups’ standard DDoS attacks.

Europe just suffered its worst DDoS attack ever, but we don’t know why