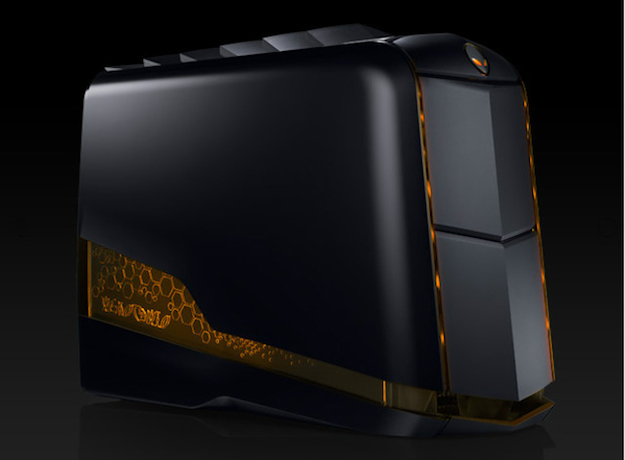 Once upon a time, desktop PCs were dull, non-threatening beige boxes hidden away under desks. But thanks to Alienware, specifically its new newly updated Aurora R4 desktop computer, they bear closer resemblance to nightmarish mechanical beings come to enslave us all.

Alienware says the Aurora is its most advanced desktop PC yet, and judging by the incredible specs, it’s hard not to agree. As with all Dell machines, it’s expected that owners will want to spec their machine up at the time of purchase, and the possibilities are enormous.

However, if you’re feeling flush this spec can be tweaked to include either the 4.0Ghz or 4.2Ghz Core i7 Six Core Extreme processor, up to 16GB of RAM and a choice of AMD Radeon or Nvidia GeForce graphics cards.

It doesn’t stop there either, as there are several different Blu-ray drives available, a 1GB SSD option and whichever version of Windows 7 you’d like too.  Improvements over the previous Aurora desktop include Intel’s X79 chipset and tool-less component upgrades.

Then there’s the customizable ALX chassis, with has everything from user-definable lighting effects, to liquid cooling and “active” vents that raise and lower according to the systems needs. Yes, it’s going to look like it’s breathing.

The new Alienware Aurora R4 PC is available to order from Dell right now, just don’t blame us if it assimilates your cat.