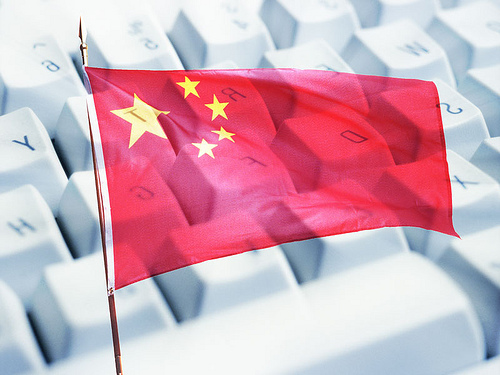 A handful of New Yorkers are suing Baidu, China’s largest search engine, for censoring search results. According to Reuters, eight New York residents are claiming Baidu collaborates with the Chinese government to restrict pro-democracy content – which the suit considers to be violating the US Constitution.

“We allege a private company is acting as the arm and agent of a foreign state to suppress political speech, and permeate US borders to violate the First Amendment,” prosecuting attorney Stephen Preziosi says. “An Internet search engine is a public accommodation, just like a hotel or restaurant,” he further explains, arguing this directly challenges federal and state civil rights laws.

At first glance the suit seems rooted in democratic ideals: Those behind the accusations are activists who are unhappy that their work on democracy in China is absent from Baidu. But the fact that the plaintiffs are seeking $16 million in damages and not attempting to force Baidu to correct any of these free speech violations makes it less credible. Preziosi explains “It would be futile to expect Baidu to change.” He’s right: We’ve seen this fight time and time again, and from arguably much more able opponents, such as Google. And once again, China will argue that any US entity, be it company or court system, cannot attempt any governance over a sovereign nation. “The way the Chinese government manages the Internet in accordance with the law accords with international norms and is a sovereign matter. Foreign courts have no jurisdiction,” a spokeswoman from the country’s Foreign Ministry says in response to the suit.

Baidu very nearly has a monopoly on the Chinese search engine market, and it’s more than acceptable that foreign activists want to erode the country’s censorship policies. The ensuring frustration that comes with having their efforts blocked altogether is also legitimate – but if they think they have a shot at winning this battle, they’re wrong. And that’s being conservative. China has become increasingly aware how actively the world is using the Internet as a platform for free speech, and its responding by tightening its grip on the web. It’s unlikely these policies will change anytime soon, and it seems like instead of trying to change them, the world is simply looking for compromise. But it’s doubtful China will see the lawsuit as such, and we’re thinking the plaintiffs are going home empty-handed.

You’ll never read Facebook’s new data policy, so we did it for you