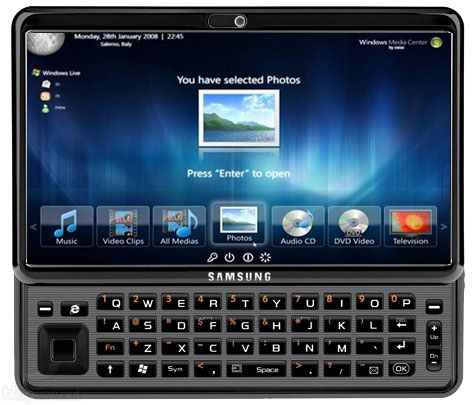 Yesterday we reported that Microsoft is eying a tablet announcement at CES. Early speculation labels the slate as similar in size to the iPad, but bulkier, and including a slide-out keyboard. Today, a French electronics blog has released what could be a mockup of the device.

The image features the rumored Samung Gloria, a 10-inch Windows tablet that there’s been speculation about, and some think this could in fact be the tablet Microsoft plans to show off at CES. And it already has some early critics. Some argue it’s too much like a giant smartphone, and the keyboard would create awkward angles for typing. IT World even says that “For Samsung’s sake, I hope that this turns out to be just a rumor or a prototype that never sees the light of day.” Business Insider didn’t hold back, remarking that the Samsung-Windows tablet is “ugly and embarrassing.”

General buzz about the possible device has thus far been less than positive, and Microsoft’s inability to turn its last CES tablet announcement into a reality might be causing some of the pessimism.

There’s plenty of disappointment leftover from Microsoft’s botched tablet job last year. And with the iPad 2, the PlayBook, and whatever Android tablets we see in 2011, the company is going to have to bring something remarkable to the table. Especially since some think Microsoft needs an iPad competitor in order to reverse its sagging market value. It’s possible that Microsoft’s inability to deliver exactly what it introduced at CES last year has unfairly marked it for failure.

This tablet could very well be nothing more than a rumor, and Microsoft could surprise us with an unforeseen design. But if not, looks like the company’s tablet debut may have already received its critics’ judgment.

Save $700 on this Samsung washer and dryer bundle today

A mysterious OnePlus phone might launch in the U.S. soon