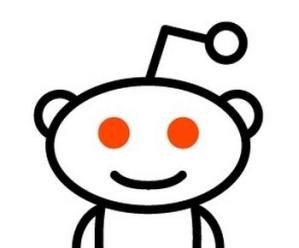 Citing unnamed sources, Kafka said that publisher Condé Nast planned to spin-out  Reddit, opening it up to outside investment, while hanging on to a significant chunk. The alleged sale would put Reddit at a $200 million valuation, sources said.

“Taking Reddit outside of Condé Nast’s corporate structure would make the site that much more valuable,” writes Kafka, “and would give it a better chance to compete for capital, managers and employees alongside the likes of zippy startups like Quora, StackExchange, etc.”

Steve Newhouse, who runs digital operations for Advance Publications, Condé Nast’s parent company, would only say, “We love our Reddit asset, and it’s a core for us, and it’s getting more valuable every day.”

According to Edberg, however, the Kafka report is entirely made up.

“This article is a complete fabrication,” Edberg (Reddit username “jedberg”) wrote in the comment section for one of the article’s submission on Reddit. “[Kafka] should be ashamed to call himself a journalist.”

Edberg further backed up his assertions, saying that he confirmed the story’s falsehood “with the Newhouse family,” which owns Advance Publications.

While Reddit users appeared to be relieved that the site would not be subjected to a sale, issues with the site still remain, including regularly overloaded servers and a gutted staff, despite being owned by a major corporation like Condé Nast. (Reddit currently has only one full-time engineer. One.)

The site has made attempts to improve its revenue flow with a self-service ad program and a Reddit Gold membership option. Additional investment could help Reddit better handle its growing pains.

Reddit has grown rapidly, surging to a billion (yes, with “b”) pageviews in a single month. It has become one of the 100 most popular sites on the Internet. And unless Condé Nast does something crazy, Reddit seems to be headed nowhere but up — especially without Digg to worry about anymore.