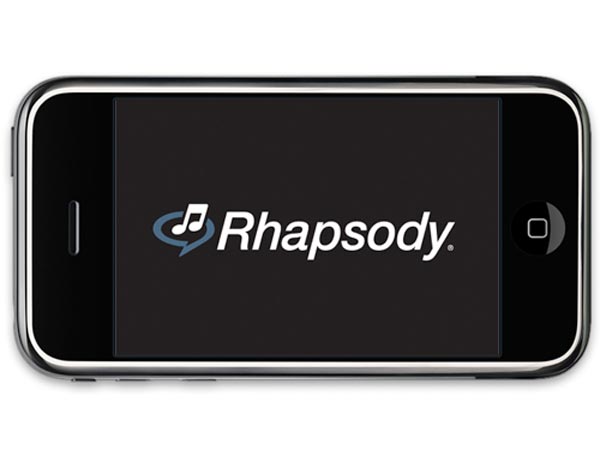 Music subscription service Rhapsody isn’t a fan of Apple’s new App Store guidelines, and it’s letting everyone know. In response to the new purchasing policies, Rhapsody has issued a statement:

“Our philosophy is simple too – an Apple-imposed arrangement that requires us to pay 30 percent of our revenue to Apple, in addition to content fees that we pay to the music labels, publishers and artists, is economically untenable. The bottom line is we would not be able to offer our service through the iTunes store if subjected to Apple’s 30 percent monthly fee vs. a typical 2.5 percent credit card free.”

Currently, Rhapsody’s app operates by automatically opening Safari and taking users to Rhapsody’s Website. According to Apple’s updated policy, Rhapsody can continue to do this, but it must also offer in-app subscriptions, of which Apple would get that notorious 30 percent cut. According to Rhapsody, not only can it not afford this fee, it’s willing to sue the iTunes operator.

And according to a report in the Wall Street Journal, the music provider may stand a chance in court. The new iTunes subscription policy apparently raises some legal red flags, and according to antitrust experts, there is reason to challenge the policy. In order to accuse Apple of violating antitrust laws, it must first be ascertained that the company is a dominant force in the market and that it is also driving out its competitors. According to Herbert Hovenkamp, an antitrust professor at the University of Iowa College of Law, if Apple is distributing 60 percent or more of subscription content through the App Store, “then you might move into territory where an antitrust challenge would seem feasible.”

Rhapsody’s statement also noted that it will be “collaborating with our market peers in determining an appropriate legal and business response to this latest development.” Rhapsody currently has 750,000 customers, although less than half of these users subscribe through iTunes. But if you’re one of them, know that using the service app free through Safari will be spotty, and otherwise, you’re out of luck. It seems like various music subscribers may be cutting their ties with iTunes, not to mention other types of content providers. Sony for one has hinted at the idea of pulling its business from iTunes.

Apple has given developers until June to adhere to its new guidelines.