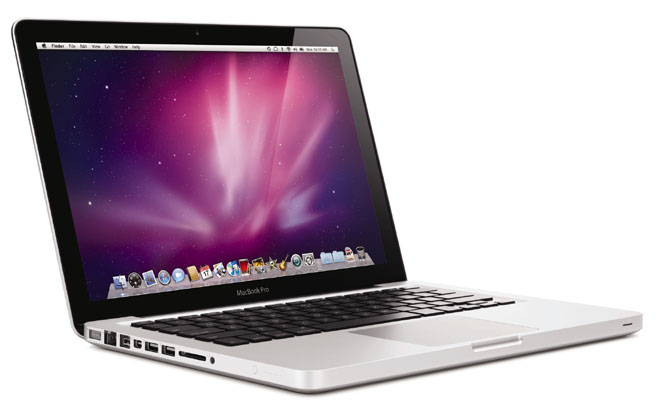 It’s been a busy week for Apple. What with the iPad 2 and iPhone 5 rumors reaching epidemic proportions, it was almost able to sneak word about its product announcement by. Almost.

In a refreshing turn, we will most likely be looking at a refreshed MacBook Pro lineup. According to Apple Insider, “people familiar with the matter” report Apple has been internally notifying staff to be ready for a product launch next week. All signs point to new MacBook Pros, which have long awaited an update. If true, Apple’s about a week ahead of schedule.

The new models should include various spec enhancements, and more notably are expected to include Intel’s Sandy Bridge architecture. Apple was apparently unaffected by the notorious flaw in the chipset, which also resulted in shipment stalls.

And it’s not only the laptops insides that are getting a revamp. Insiders speculated earlier this year that the new MacBook Pro would potentially have a “unibody chassis redesign and other Apple-specific features.” Which is a pretty vague way of saying they might look different. There was a rumor circulating earlier this week that an Intel ad for its new processors leaked the laptops new design, which looks like a brandless hybrid of a MacBook Air and MacBook Pro in the image. While there’s little to no evidence this is simply a placeholder, fan blogs were abuzz with speculation it’s the new model.

As per usual, Apple hasn’t announced any sort of product launch, but keep your ears open next week as a release seems imminent.

Best Apple deals and sales for September 2022
Best Apple iMac Deals: Get an Apple desktop for $539
The 7 best Macs of all time
M1 vs M2 MacBook Air: Which Is Best, New or Old?
Best gaming laptop deals for September 2022
How Nvidia’s DLSS 3 works (and why AMD FSR can’t catch up for now)
HP Spectre x360 13.5 vs. Dell XPS 13 Plus: flagship battle
Nvidia’s DLSS 3 could make the monstrous RTX 4090 a little less power hungry
You can now downvote comments on TikTok videos
Dell XPS 13, 15, and 17 laptops are all on sale today — save hundreds!
We can’t believe how big this HP Spectre x360 2-in-1 laptop’s discount is
Why gamers should avoid the Windows 11 2022 update
EVGA’s feud with Nvidia gives new options to GPU makers