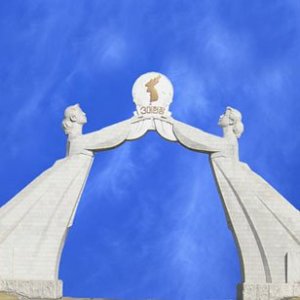 How do you combat a history of tyrannical repression, human rights violations, and an economy so crippled by socialism that millions of people have died of starvation? Create a Facebook group!

It turns out social media strategies aren’t just for big corporations and trendy startups after all. Despite its own policy of banning Internet use for the majority of its population, North Korea has set about attempting to repair its tarnished reputation in the West with a Facebook profile under the name “uriminzokkiri.”

Appropriately enough for a country sometimes referred to as the world’s most isolated, the name translates to “on our own as a nation.” According to the Facebook page, North Korea is male, interested in other males (but only for networking purposes!) and has 65 friends. The Facebook page is only the latest in North Korea’s foray into social media, which began last week with a Twitter account, followed by a YouTube page under the same name.

The country’s tweets mainly praise Kim Jong-Il and scorn the United States, Japan and South Korea, while linking to propaganda videos on YouTube.

While the account holders’ access to North Korean media for reposting suggests its authenticity, North Korea has not made any claim to ownership of the sites through traditional diplomatic channels.

Those of us who enjoy more lax censorship rules – but no command of the Korean language – can still attempt to string together the country’s outbursts via Google Translate.

You can now downvote comments on TikTok videos
Instagram is building a ‘nudity protection’ tool for your DMs
Instagram appears to be down. Here’s what we know so far
TikTok is banning campaign fundraising on its app
Cooler Master’s new quantum dot mini-LED gaming monitors look incredible
AMD Ryzen 7000 vs. Intel Raptor Lake
Dell’s best work-from-home laptop is over $600 cheaper today
Creative’s Katana V2X PC soundbar promises the same sound in a smaller footprint
Best Prime Day Laptop Deals: What to expect from the second sale
Tesla set to unveil working humanoid robot for the first time on September 30
MNT Pocket Reform is a complete Linux laptop in 7 inches
If the Mac gets a Dynamic Island, I’m not sure I want it
Grab this Lenovo ThinkPad laptop deal and save over $1,400!