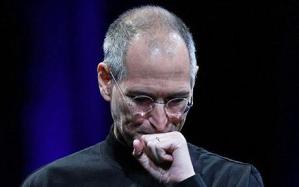 Former UK Prime Minister Gordon Brown allegedly blocked Apple chief executive Steve Jobs from being knighted the Queen of England in 2009, reports the Telegraph. Brown’s denial of knighthood, an unnamed former senior Labour Party minister tells the Telegraph, was because Jobs turned down an invitation to speak at the Labour Party conference.

Apple’s revolutionary effects on the technology industry are said to have been the reason for Jobs’ recommendation for knighthood.

“Apple has been the only major global company to create stunning consumer products because it has always taken design as the key component of everything it has produced,” the MP said. “No other CEO has consistently show such a commitment.”

Despite the MP’s claims that Brown arranged for Jobs to not to be knighted, a spokeswoman for the former prime minister told the Telegraph: “Mr. Brown did not block a knighthood for Steve Jobs.”

Regardless of who or what stood in Jobs’ way, his lack of knighthood stands in stark contrast to Microsoft founder Bill Gates, who was knighted in 2005.

As Apple Insider points out, Gates does not carry the title of “Sir” because he is not a citizen of the British Commonwealth. Had Jobs received the honor, he would not have been titled “Sir,” either. Instead, the letters “KBE” are used. They stand for Knight of the British Empire.

Assuming the rumor is true, Steve Jobs would likely have had more pressing matters on his mind than receiving a symbolic honor in another country — regardless of that honors awesomeness. Remember, in 2009, Apple was in the pre-launch stages of the iPad, which has already changed the modern PC as we know it — a more amorphous achievement than being knighted, yes. But also far more impressive.

Mac OS X is 20 years old today. Here’s why it was so revolutionary
Why Jony Ive’s greatest achievement wasn’t the iPhone. It was the original iMac
Signed Steve Jobs memorabilia expected to fetch about $70,000 at auction
Steve Jobs’ pre-Apple job application sold for nearly $175,000 at auction
Dell is having a big sale on business laptops — up to $2,500 off
Ends soon: sign up for NordVPN today and save up to 62%
New AMD laptop CPU destroys its predecessor, winning by 90%
Lenovo is practically giving away this 2-in-1 Chromebook today
This micro-LED advancement is exactly what AR and VR needs
An AI-generated TV channel is mimicking ’90s sitcoms to nightmarish effect
LastPass vs. 1Password: should you switch?
How to overclock Intel’s Arc GPUs for better performance
I asked AI to recreate the best Super Bowl commercials — to hilarious and horrifying effect