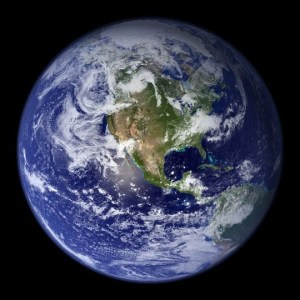 Science doesn’t just invent the stuff we like, it also tabulates impossible amounts of information into ridiculous statistics for the tech industry to report on. Case in point: academic journal Science calculated the total amount of data stored across the globe as of 2007. It’s a rough estimate. A whopping 295 exabytes of information was stored across multiple mediums, including PC hard drives, disc-based media, books and the like.

Let’s make that figure a little easier to grasp and a little less manageable. 295 exabytes equates to 309,329,920 terabytes or 316,753,838,080 gigabytes. That’s the hard drive you want in your PC, right? The study also revealed that roughly two zettabytes of data — one zettabyte equals 1000 exabytes — are broadcast, which amounts to roughly 175 newspapers per person, per day. The dawn of the digital age is pegged as 2002, which was the first year digital storage capacity overtook its analog predecessor.

“If we were to take all that information and store it in books, we could cover the entire area of the US or China in 3 layers of books,” Dr Martin Hilbert of the University of Southern California told BBC News. “There have been other revolutions before. The car changed society completely, or electricity. Every 40, 50 or 60 years something grows faster than anything else, and right now it’s information.”

It’s equally impressive to consider that the 295 exabytes figure has only increased exponentially in the time since 2007. The arrival of higher-capacity hard drives and high-definition media, not to mention the flourishing mobile technology market, have only increased the methods and scope of data storage. No single human would ever need access to even one exabyte of storage capacity — roughly one billion gigabytes — but it’s comforting to know that your insane iTunes library containing months worth of music doesn’t even amount to a speck of dust on a grain of said in relation all of the data stored across the globe, isn’t it?

How to back up your computer