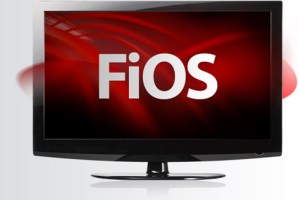 Verizon says that it already has begun rolling out the high speed FiOS in the 12 states (and the District of Columbia) where FiOS is currently offered and will begin offering the service to small businesses starting next month. Verizon will be keeping its existing plans intact and customers can elect to stay with what they presently have.

Of course, speed isn’t cheap. Customers will pay $195 a month for the service and have to agree to a one year contract that includes an additional voice plan. Customers can also opt out of the contract (and voice service) by paying $215 a month for just the broadband alone. Either way, customers will be paying a tidy sum totaling over $2,300 a year.

What kind of performance can you expect from 150 megabits per second download speeds? Verizon was happy to provide a couple of examples: a two hour movie (1.5 gigabytes) will be downloaded in under 80 seconds, and a HD movie (5 gigabytes) in under four and half minutes. That is about 50 times faster than your average DSL speeds.

The announcement certainly sets Verizon apart from the competition in the speed category. For the moment though, it’s likely that  a relatively small number of people will find they can justify spending the money for 150 megabits per second speeds when current options are likely more than adequate. However, in the coming months and years as more content is pushed online and customers increasingly expect for that content to be delivered in HD, high quality form, Verizon may find that it’s already in position to meet the demands of the masses. Of course, it wouldn’t hurt if the company could get FiOS into a few more regional markets and to find ways to make the price of the higher speed option more palatable to consumers.