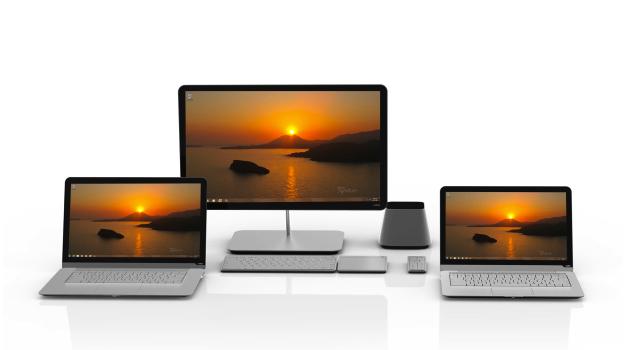 Vizio leapt into the PC market during CES 2012 with a range of good-looking hardware, promising price tags that would put its competitors to shame. The company didn’t provide much more information during the show, but said it planned to start sales in May.

Here we are then, just outside that target, and Vizio has launched its own collection of laptops, desktops and ultrabooks. Except it doesn’t call them ultrabooks, but “Thin + Lights” instead, making them sound like French cigarettes. All come with third generation Intel processors, or Ivy Bridge as they’re known, Microsoft Windows 7, and feature minimalist, stylish designs reminiscent of Apple’s Mac range.

A laptop and two desktop machines

Finally, we’ve got the All-in-One desktop models, of which there are two — the CA24 with a 24-inch display and the CA27 with a screen measuring 27-inches.

Both have 1920 x 1080 HD resolutions, and come with a choice of Ivy Bridge dual-core or quad-core processors, Nvidia graphics cards and the same hard drive combinations as the CN15 laptop.

The 24-inch All-in-One starts, like the others, at $898, but the 27-inch model raises the baseline to $1098. The packages include a remote control with a small touchpanel, a separate subwoofer, a keyboard and a standalone, wireless touchpad.

Vizio will be selling its computers in a variety of different ways, including through “mini-stores” that will be taken to festivals and public events, through retail outlets such as Walmart and Amazon, and on its own website. All are up for pre-order there, with an estimated delivery date of July 9.