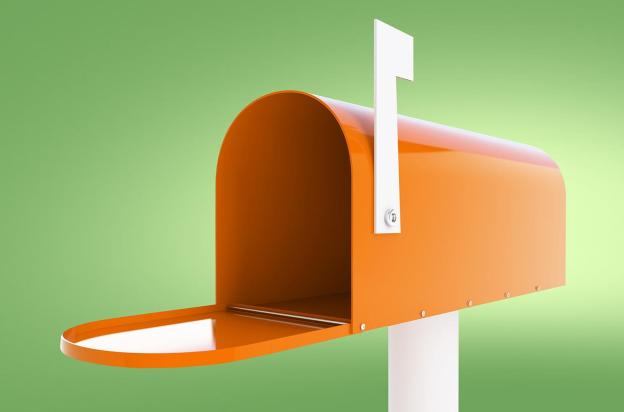 If you haven’t caught the hype over Inbox Zero, it’s basically the theory (or, for some people, just the ideal) that an empty e-mail inbox is good for peace of mind and productivity. You should be able to immediately categorize every message that comes in, especially the vast majority that should be trashed.

Because I work for myself, I can try out any productivity fad that comes along so you don’t have to. So when the concept of Inbox Zero started gaining hype, along with the new iPhone app Mailbox, I knew it would either help me organize my correspondence, or at least give me fodder for another column.

It turned out to do both.

Inbox Zero is as much a psychological tool as a productivity tool. It becomes like a game for most people. You start to get antsy if there is a message lingering in the inbox for longer than one session.

Mailbox, one of the best-designed apps in the history of smartphones, makes reaching this goal easier. You can cull an unruly inbox in literally seconds. Simply swipe one way or the other, quickly or slowly, to deposit messages in preordained ways. Fast and right, archive. Slow and right, trash. Slow and left, into specific folders. And the piece de resistance, fast and left, which has Mailbox “send” the message again at a later time of your choosing, everything from later today to next week.

Inbox Zero forces you to be a much more decisive person, and Mailbox makes it easier to act on those decisions.

To temper my praise, I should probably mention that Mailbox currently only works with Gmail, and I was probably pretty close to the ideal use case. I’m not an e-mail hoarder by any means. I kept a range of 10 to 30 messages in my inbox at any one time simply because I knew I would need them sometime in the imminent future. Every couple of weeks or so, I would clean it out as best as I could. Some messages that I referred to from time to time would stay in there in perpetuity. But I definitely had problems committing myself to getting rid of certain messages.

I would already archive a lot of messages that I knew I might need again, but not imminently. I was very good at using trash, although not as good at emptying it. After all, that’s what Gmail is for: never having to empty your trash again. That being said, it was very rare that I lost something and almost impossible for me not to find it using Gmail’s searching mechanism.

I have seen truly unruly inboxes in the wild. Behemoths swelling with more than 500 messages, everything from receipts for online shopping from a year ago to Groupon notifications. My wife owns an inbox like that, giving me one of my first excuses to show off Inbox Zero.

Last week we were travelling to Seattle and trying to pick up a rental car. The attendant asked us for our confirmation number. My wife whips out her phone, scrolls around for a minute or so, then shrugs. I get mine out, go to my Mailbox archive, find the e-mail from Expedia she thoughtfully forwarded me when she booked the car, and hand my phone to the attendant. Total time elapsed: 10 seconds.

Granted, there are ways she could have searched her inbox more efficiently (searching for Expedia would have helped, but it was 1 in the morning after a 6-hour flight with a 4-year-old, so I’m letting it go).

Preparing for the same trip, another scenario came to pass. I started receiving a lot of messages that were not immediately actionable, but needed to be handled upon my return. I simply swiped them to the left, told Mailbox to send them to me next week, and they showed up on Monday morning ready to go. My inbox remained empty for the balance of the weekend.

The true measure of any productivity trick is whether it is saving you time or money. I can’t say I have any proof to that effect with Inbox Zero, although it feels like it. But honestly, both scenarios would have probably still had the same outcome in my previous e-mail life. I would have found the rental car message simply because of my already-small inbox. I would have kept the needed messages there, too, until I could get to them on Monday.

However, it has helped eradicate a productivity-sapping personality trait: procrastination. Procrastination is obviously the enemy of Inbox Zero. If you wait around to respond to a message, obviously your inbox is rarely empty. Inbox Zero forces you to be a much more decisive person, and Mailbox makes it easier to act on those decisions. Along the way, you’ll derive so much satisfaction from the lack of a number badge on your e-mail icon that you will do anything to keep it, including respond quickly to people that you would have avoided if given the chance.

It also forces you to be honest about your needs, not just in e-mail but also in life. I can’t tell you how many Living Social deals I’ve passed up in the past few weeks in an effort to quickly delete the e-mail. Those offers might have been previously considered, with some being purchased.

I’m not the “killer app” kind of user. I use a variety of different tools to get things done and those tools often change, if only because my tastes change. I’ve swapped apps simply because the icon was nicer. Mailbox is now my killer app. I can’t imagine it being able to be improved and will not use a phone without it.

Just don’t tell my father-in-law that his e-mails tend to be swiped fast and to the right.