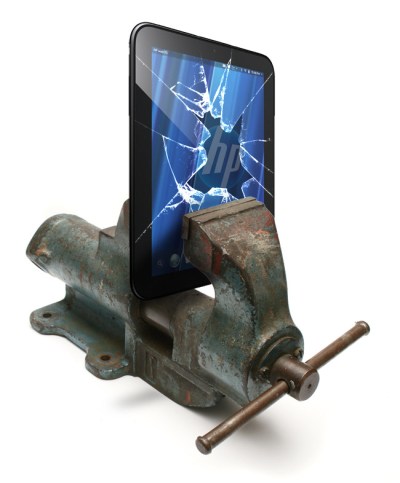 Dell’s financial results this week stunned the analyst community. The Round Rock, Texas company reported doubled net income in the most recent quarter, blowing away expectations. Meanwhile, Apple just shot past HP to become the top mobile vendor, leaving HP squeezed in the middle, at least with respect to personal technology. Its one defense, the TouchPad, appears designed to fail.

The market this decade is looking substantially different than last decade, and all three of these vendors will likely see their positions changed as a result. Ten years ago, HP was the company to beat. Prior to that it was Dell, and Apple was the first company driving the PC market. The recent success of both Apple and Dell leaves HP in a tough spot.

Dell’s problem last decade was getting overly invested in the business market. When that market went into a decline, so did Dell. The consumer market fared much better, but massive price drops along with consumers’ need to actually see the products they were buying made Dell’s lack of shelf space in stores a problem.

However Dell never lost that business focus, and poured resources into the mid-market after recognizing early that it would surge. Right on cue, the market started a massive refresh, and Dell is in an impressive position to ride the wave. This last quarter was the proof point that the strategy is working. Dell’s only weakness remains in consumer PCs, and that is where Apple comes in.

Consumers haven’t stopped buying, they’ve just shifted their buying behavior from laptops to iPads. Even folks who aren’t buying iPads are considering them, and while they make up their minds, they aren’t buying PCs at all. These two factors are having an adverse impact on the consumer PC segment, and providing the reason behind Apple’s continued financial performance and tablet market leadership with the iPad. So far, no other tablet has been successful yet in market.

The importance of influence

In this world of social media, folks often go to those they trust for advice on what to purchase – influencers. Once upon a time in the business world, when the ThinkPad ruled and Apple was just a tiny minority, HP matched influence with Dell. Over the last decade, the influencers have shifted their priorities. The ThinkPad is still favored by influential firms and analysts, but Dell and Apple are fighting for number two, largely thanks to the iPad. Meanwhile, HP has been trivialized.

What is interesting is that inside HP, this information is contained, so the company isn’t even aware of how much influence it has lost in the last decade. Gartner and IDC generally use ThinkPads, and Forrester, Dell computers. Increasingly, when the analysts are allowed to use their own hardware, they pick Apple iPads or notebooks. That is problematic for all three vendors, but mostly for HP, because they are the ones who were largely displaced.

HP’s success last decade rode largely on its acquisition of Compaq, and the creation of a marketing team that was heavy in ex-Apple resources, coupled with a strong consumer-buying trend. That trend has now clearly shifted to favor Apple products, and HP has allowed its corporate influence in personal computers to drop sharply over the decade, allowing Dell to position for the recovery better, and Lenovo to hold on to its impressive lead as the preferred laptop vendor.

HP’s TouchPad effort, which could offset both trends, looks underwhelming, and appears to be repeating mistakes Palm made previously with the Pre. HP made the same mistakes with Voodoo, while avoiding successful practices that could have been, but evidently weren’t, learned from Apple. The big test will be comparing the result, in two years, of the Nokia-Microsoft partnership to HP’s WebOS efforts. We think the former has a good chance of being very successful, and it may represent the path not traveled for HP.

With all eyes on what is happening in the Middle East at the moment, it isn’t hard to see what is happening in the PC market as a revolution. HP, which has had the top spot since the Compaq merger, is being seriously challenged by pretty much every other major player in the market, many of which at one time were partners. This will put substantial pressure on HP’s new executive staff and board, who will likely be held accountable, even though the related problems were created by their predecessors. We’ve only touched on a handful of vendors, but I expect this change will have implications for everyone in the segment, from chip vendors at one end to institutional buyers at the other. We are seeing a revolution, but like any revolution, all we can tell at the beginning is that what we will end up with will be different.

The 7 best printers for college students