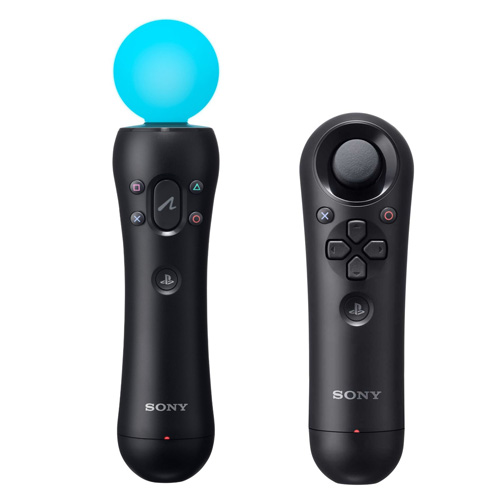 A session at the DICE Summit in Las Vegas, a game developer’s conference, hints that the Move may not be locked down to the PS3 forever. The session was described as a “…talk that will bring developers up to speed on developing for the PlayStation Move controller. We will cover developing for the new PlayStation Move Sharp Shooter accessory. We will discuss the new Move Server project that will make it possible for academics and hobbyists to develop software using the PlayStation Move controller on their PC.” If this is saying what we think it is, then Sony is about to give users access to its Move data and let them have at it.

Not quite – but it’s within the realm of possibility. In a recent interview with Ars Technica, PlayStation Move developer and exec Dr. Richard Marks implied that Sony wants to entirely open its code up to users who want to experiment with the motion control gaming system. Kinect owners have been able to create some mind-blowing innovations with the very limited amount of data they can access from Microsoft’s system, much to the dismay and later support of the company. If Sony were to give users all the creative freedom in the world that comes with the Move’s unrestricted data, the results could be nothing short of amazing.

When asked point blank about the aforementioned session and the “Move Server project,” Marks’ words were more carefully chosen than the session’s description. “For a long time I’ve mentioned in my talks that we’d like to let more people innovate with Move. It’s a nice tool. It is made for the PS3, so it’s difficult in a sense for us to let it happen. I would really like to see it happen, so all the really creative minds in the labs and the hobbyists can actually play around with it. But as of now, we haven’t announced anything official. But it is something I really want to see happen as soon as possible.”

According to Ars Technica, Marks clearly emphasized he likes the idea of seeing Move opened up to developers, and it’s very possible the higher ups at Sony aren’t entirely on board. Which shouldn’t come as a total surprise: Just yesterday, PlayStation found itself in a PR nightmare when its Sony-controlled Twitter account @TheKevinButler retweeted the PS3 jailbreak code. The company is also in the midst of a lawsuit against PS3 hacker George Hotz and the fail0verflow group for jailbreaking the PS3.

Sony hasn’t tolerated hackers in the past, so promoting them by totally opening up Move is a giant leap. But Microsoft initially threatened users hacking Kinect, only to realize that the ingenuity of the creations and positive publicity stemming from them worked to its benefit. Its tune swiftly changed, and it’s even rumored to be developing an official Kinect SDK for Windows. If Marks’ gets his way, Move could be next.

I uninstalled Windows on my gaming PC, and I don’t want to go back