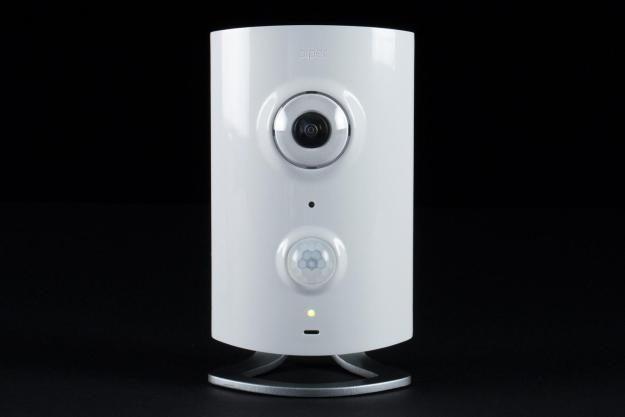 “It's definitely not as robust as a full-on security system, but for a fraction of the cost, Piper will get you most of the same features, and arguably much more functionality. If you’re interested in either security or home automation, Piper is a great place to start.”

It used to be that outfitting your home with a security system meant contacting a security agency like Brinks or ADT, installing sensors all over your house, and paying a monthly fee to keep your service going. But now that sensor tech has become drastically cheaper than it used to be, cheap DIY home surveillance systems are starting to pop up, and Piper is one of the first to hit the market.

Just a few short month’s ago, Piper was nothing more than a hopeful IndieGoGo project, but Blacksumac has been charging forward at blistering pace since then, and a couple months ago started shipping to consumers. We got our hands on one and played with it for a few weeks to determine if it’s really a viable alternative to traditional home security systems. Here’s what we thought:

One of Piper’s biggest selling points is ease of use. Unlike traditional security/surveillance systems, Blacksumac promises that this little box promises doesn’t require any sort of complicated installation process — and it definitely lives up to that promise. To get started,  you literally just plug it in, download the app on your phone, and follow directions. It starts by turning Piper into its own Wi-Fi hotspot, which you log on to. After that, you’re prompted to enter in the name of the Wi-Fi network you’d actually like to connect to, followed by the password. At this point, it makes you wait a little bit while it configures itself, but if everything goes smoothly, you’ll have your new security system set up in about 7 to 10 minutes. All in all, setup is pretty painless.

Insofar as the exterior design, we have mixed feelings. It’s aesthetically pleasing, but it’s also clearly a security camera, which could potentially cause problems. In terms of build quality, however, it’s pretty solid. It’s fairly lightweight, which makes it easy to mount, but also heavy enough that it sits firmly in its stand and won’t tip over easily.

The physical design is decent, but where Piper really shines is its digital design. Blacksumac’s app design team absolutely nailed it here. Piper’s iOS/Android app is easy, intuitive, and has practically no learning curve. The main dashboard gives you four separate modes: Off, Away, Vacation, and a setting called Stay for when you’re home sleeping, but still want the system to be armed. These four settings are basically just customizable presets that you can assign different rules to – like record a video when a loud noise is detected in Away mode, for example, or sound the alarm when a motion is detected in Vacation mode. This logical interface makes Piper a breeze to use.

This is arguably the coolest feature on the device. Depending on where you place Piper, the camera’s super wide field of view allows you to surveil a large area of your home, and in many cases eliminates the need for multiple cameras to be positioned throughout a given room. It’s also equipped with a digital pan/zoom function, so you can zoom into the room and pan around without actually changing the position of the device. BlackSumac’s website claims the video is HD, and it may very well be recording in HD, but if you tap into a live video stream, don’t expect it to look super crisp. Even on the two blazing-fast Wi-Fi networks we tried it on, the footage came up a bit grainy and slow on our phones – but not to the point where it was unusable. On the plus, side, however, we found that playback was only a second or two behind real time, even on a crappy 3G connection.

In addition to using it for live video surveillance, you can also set up Piper to record video whenever certain sensors are tripped. Once activated, Piper will record a 20-second clip, and automatically saves it to the cloud — so even if an intruder breaks in and steals the camera, you’ll still have access to the footage. It’s a smart setup, and could definitely come in handy if you should ever need to use the footage is any sort of legal proceeding – but unfortunately the app doesn’t offer any way to export these videos, so the only way you can access them is through your phone.

In addition to a wide-field motion detector, Piper is equipped with a temperature sensor, humidity sensor, and ambient light and sound sensors. Unlike the camera (which only switches on when you tell it to, or it’s triggered by a rule), these sensors are always on, constantly keeping track of what’s going on in your house. Not only can this be used to create informative graphs about your home’s vitals, but it also expands the number of functions Piper can perform.

Admittedly, if all you’ve got in your house is the Piper unit itself, you’ll probably only use the motion sensor, video camera, and maybe the sound sensor. The other stuff isn’t particularly useful for anything other than analytics unless you’ve got a smart home setup. Which brings us to the next section:

Piper is compatible with the Z-Wave standard, so if your house is outfitted with other Z-Wave devices, the things you can do with Piper expand exponentially. BlackSumac was kind enough to include a door sensor and an outlet switch with our review unit, so we were able to experiment with a few different automation functions during our time with it. For example, while I had this thing at my house, I plugged a lamp into the outlet switch and configured it to turn on whenever the ambient light dropped below a certain level each night. In another setup, I used the outlet switch to activate a box fan whenever Piper detected the temperature in my living room was above 70 degrees. Unfortunately I didn’t get a chance to hook Piper up to awesome stuff like thermostats, automatic shades, or door locks, but Piper could ostensibly be used to control these things as well. So basically, don’t be fooled – this thing is touted as a security device, but it’s a surprisingly capable home automation hub as well.

Piper definitely isn’t as robust as a full-on, professionally-installed security system backed by a 24-hour response service, but for $239 it’ll get you most of the same benefits. In all honestly, the only thing Piper missing is a response team, so if you’re looking for a low-cost way to make your home more secure, look no further. Installation is a breeze, the fisheye lens lets you surveil a large area with a single camera, and the wide range of sensors make it extremely versatile. The addition of Z-Wave compatibility also expands Piper’s functionality to include not just security, but also home automation; so it’s also a great starting point for anyone thinking about smartening up their pad.