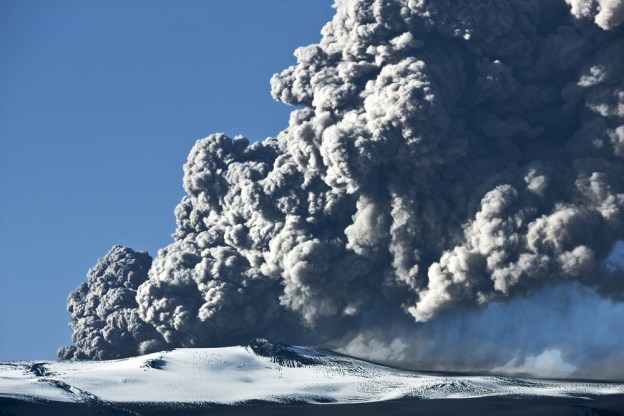 In April 2010, a volcano with a name that few people can pronounce erupted in Iceland. Eyjafjallajökull spewed ash high into the atmosphere and across Europe, closing down airports on the continent and disrupting air travel around the world. An estimated 10 million passengers were left stranded for more than a week.

While aviation authorities across much of Europe insisted airports should remain closed until the ash cleared, the airlines, who were losing millions of dollars for every day they couldn’t fly, insisted the skies were, for the most part, safe.

As one of those stranded far from home, I was rather pleased the authorities were erring on the side of caution, which I found preferable to being faced with melted engines at 38,000 feet.

At some point, it’s going to happen all over again, with another Icelandic volcano, the easier-to-pronounce Katla, ready to blow. Alarmingly, scientists believe Katla, whose next eruption is overdue, will make Eyjafjallajökull’s effort look like little more than a wheezy cough. When it does happen, the airlines want to be prepared, and UK budget flyer easyJet thinks it has the answer.

The airline has been developing the Airborne Volcanic Object Imaging Detector (with the definitely-not-accidental acronym AVOID) which, as its name suggests, detects ash clouds.

The new technology involves two wing-based infrared cameras that can detect particles of ash in the air up to 60 miles ahead. Flying into it could result in an aircraft’s engines melting, so theoretically the pilots would be able to take avoiding action. Quite how an air traffic controller would feel about having to give rapid instructions to possibly lots of planes needing to take avoiding action all at the same time is of course another matter.

The data from the plane’s cameras could be matched with satellite images to produce a 3D view of the plume of ash. According to a Sky News report, the technology has already been tested with a light aircraft flying near Italy’s Mount Etna. Tests on larger planes will be taking place in the near future.

If the AVOID system had been in place during last year’s Icelandic eruption, easyJet’s head of engineering Ian Davies thinks things would’ve been very different. “Airspace would probably have been open for the vast majority of time, in other words we closed lots of airspace that we would not have had to, if we’d had this technology.”

However, Dr Colin Brown from the Institute of Mechanical Engineers struck a cautionary note, saying that AVOID doesn’t make aircraft ash-proof. “We shouldn’t be duped into thinking that this is a solution which allows everyone to fly. It’s a detection system, it doesn’t actually improve the safety of the aircraft.”

Would you be happy flying in an area close to where ash is floating about if your aircraft was using the AVOID system, or would you prefer to keep your feet firmly on the ground until the situation had blown over?

This wild new display puts a gargantuan 120-inch virtual monitor on your desk
The best portable power stations
Three things the Microsoft Surface Duo 2 needs to succeed
Apple iPhone 13 buying guide: Release date, price, specs — everything we know
Why are so few people actually using 5G in the U.S.? Here’s what the experts say
5G-enabled billboard in Times Square briefly brings interactive game to masses
Sustainable with Google 2021: Nest Renew, traffic light efficiency, and more
The 20 most outrageous and fantastic James Bond gadgets of all time
AirPods 3 could finally debut at Apple’s Unleashed event on October 18
Scientists think the next big solar storm could create an ‘internet apocalypse’
Need a last-minute Halloween costume? Check out these 3D-printable getups
Siduri Wines blends wine and tech in the ultimate sweepstakes experience
The funny formula: Why machine-generated humor is the holy grail of A.I.