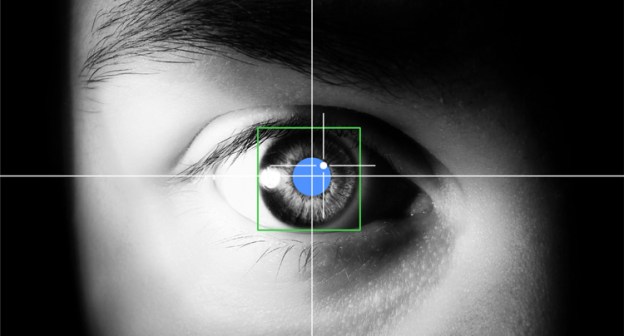 It looks like Geordi LaForge’s vision visor is already outdated. A tiny 3mm microchip has given vision back to the blind. Scientists and doctors in Oxford implanted a new “bionic eye” microchip in the eyes of two blind individuals last month during a grueling eight-hour operation. The chips were placed in the back of the eyes and connected with electrodes. Weeks later, both individuals — Chris James and Robin Millar — have regained ‘useful vision’ and are well on their way to recognizing faces and seeing once again, reports Sky News.

“Since switching on the device I am able to detect light and distinguish the outlines of certain objects which is an encouraging sign,” said James. “I have even dreamt in very vivid colour for the first time in 25 years so a part of my brain which had gone to sleep has woken up! I feel this is incredibly promising for future research and I’m happy to be contributing to this legacy.”

Both patients, previously blind, were able to immediately detect light after the chip/sensor (which isn’t entirely unlike the cameras in in your smartphone) was turned on, as well as detect white objects in a dark background. Their eyes have been improving since. Though they’ll never regain color vision, the chip (designed by a company called Retina Implant) is fitted with 1,500 pixels which pick up light and transmit it to the brain. It gives patients a “field of vision is limited to a window the size of a CD case held at arm’s length.”

“I’ve always had that thought that one day I would be able to see again,” said James. “This is not a cure, but it may put the world into some perspective. It’ll give me some imagery rather than just a black world.”

Despite its current limitations, the procedure is a step forward. Sadly, it will not help everyone who has gone blind; at least not yet. It’s currently designed specifically for those afflicted with retinitis pigmentosa, which is a condition that affects one in every 3,000 to 4,000 people. However, in the future, it could restore site to blind individuals with macular degeneration as well.

James said that he decided to participate to show the promise of this technology to help improve the lives of future kids and adults who are blind. A video interview with Chris James can be found at Sky News.

As a bonus, here’s how LaForge’s vision looks in Star Trek’s vision of the 24th century.

Pandemic drones that can detect fevers and coughing will soon take to the sky
Always-on illness detection system could help prevent future viral outbreaks
This app could tell you if you crossed paths with someone who has coronavirus
Thermal AR glasses give screening for possible coronavirus a high-tech twist
Three things the Microsoft Surface Duo 2 needs to succeed
Why are so few people actually using 5G in the U.S.? Here’s what the experts say
5G-enabled billboard in Times Square briefly brings interactive game to masses
Sustainable with Google 2021: Nest Renew, traffic light efficiency, and more
The 20 most outrageous and fantastic James Bond gadgets of all time
AirPods 3 could finally debut at Apple’s Unleashed event on October 18
Scientists think the next big solar storm could create an ‘internet apocalypse’
Need a last-minute Halloween costume? Check out these 3D-printable getups
Siduri Wines blends wine and tech in the ultimate sweepstakes experience