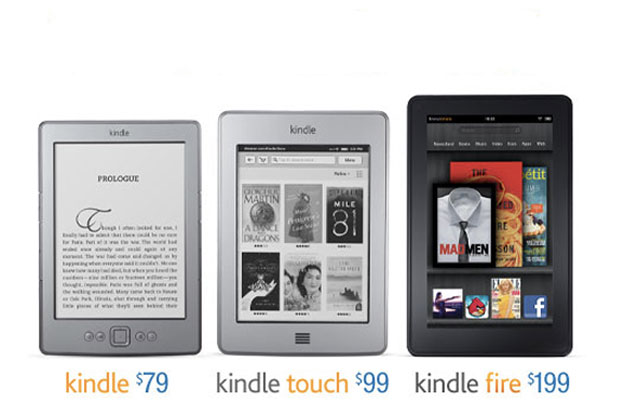 Just last month it was reported that Amazon’s profits were down 73% due to the online company’s heavy investment in its various tablets, including the Kindle Fire, which is set to release on November 15th. Additionally, it was reported that Amazon was bracing itself for the eventually release of its hotly anticipated tablet, knowing it would have to sell the tablet at a $10 loss and recoup that through content that customers purchased. While the impending loss on Kindle Fire hardware sales is no secret, according to a report from MainStreet, with the help of iSuppli, Amazon is also taking a loss on the $79 Kindle.

According to the report, the materials used to make the $79 Kindle total at an estimated $78.59 while the manufacturing costs sits at $5.66, bumping the total to $84.25. It’s important to note however, that the $79 Kindle does come with a host of ads that help ease the majority of the subsidized costs.

Even though Amazon is selling the $79 Kindle at a loss doesn’t mean it’s losing money in the long term. “This is a subsidized device that comes with advertisements that make money for the company and offsets that manufacturing price, giving Amazon its profit margins,” says Rob Enderle, Digital Trends contributor and principal analyst at The Enderle Group.

Of course the strategy being employed by Amazon is a luxury that the company can afford. The ad-sponsored Kindle is the third in its generation allowing Amazon the time to explore various revenue models and price the device at the lowest figure possible. And because the Kindle also sells and directs users to various Amazon services and products; the company is further given the marketing maneuverability to be aggressive as it is being.

Enderle goes on to predict that more and more companies will follow suit and aggressively market their respective e-readers and tablets.

“We’re just starting with this concept and I expect other businesses will follow it as well, “Enderle says.

Topics
DJI tries to debunk rumors that Phantom drones are discontinued
Meet Wiliot, a battery-less Bluetooth chip that pulls power from thin air
Amazon might open 3,000 cashier-free Amazon Go stores by 2021
Report: Microsoft is building checkout-less store tech to take on Amazon
The best light therapy lamps
CES 2022: The biggest news and announcements so far
Taco Bell’s Xbox Game Pass-style pass will put a taco in your belly daily for $10 a month
The weirdest tech we spotted at CES 2022
K-pop NFTs are here, but I’m not convinced they’re worth it
Solving VR’s ‘infinite walking’ problem with moon boots
Fighting football injuries with 3D-printed, hyper-personalized pads
Inside the U.K. lab that connects brains to quantum computers
ClipDart is an on-demand barber app aimed at people of color