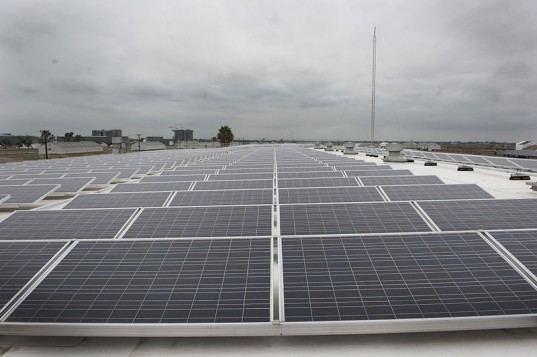 Japan’s Prime Minister, Naoto Kan, is expected to announce the country’s energy plans at the upcoming G8 Summit in Deuville, France. Along with assurances about the current safety of Japan’s nuclear power plants which they will continue using for now, Kan is also expected to unveil a plan for nation-wide renewable energy.

According to the Nikkei business daily, the Japanese government wants to make it compulsory for all buildings and houses to be equipped with solar panels by 2030. If the mandate is successful, Japan would be home to the world’s first national solar array.

This push for nation-wide clean energy comes in the wake of the Fukushima Daiichi nuclear power plant disaster, where a tsunami and earthquake caused a nuclear crises in the country. The No.1, No.2. and No.3 Fukushima reactors all had meltdowns. According to Reuters, engineers are still fighting to bring radiation leaks under control, months after the 9.0 earthquake of March 11. Scientists from the IAEA are currently at the Japan site to investigate the crises.

Japan’s goals are for renewable energy and conservation. Naoto Kan believes that the push for a national solar array would not only release Japan from dependency on nuclear power and create a cleaner and safer energy source, but would also spur technological innovation in solar energy. The nation’s massive solar focus would pour more money into the industry creating better efficiency and ultimately drive down costs. Solar power could potentially be a solution, rather than a supplement.

Though it seems like such a massive project, Naoto Kan says that it would promote wider uses of renewable energy, but it will also show Japan’s resolve. If accomplished, it would certainly brighten the future.

Thanks to renewable energy, German factories got paid to use power last weekend