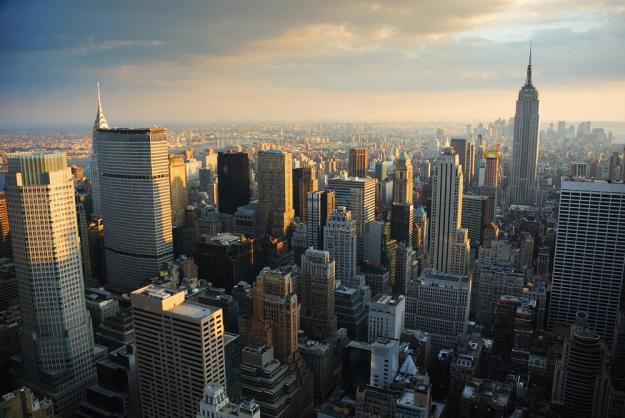 Phone booths around New York City are being given a new lease of life, with the roll out on Tuesday of the first of many City24/7 public information systems incorporating interactive touchscreens, free for all to use.

Cisco, which operates the new service in partnership with City24/7, said New York is the first city in the US to have its public phone booths given the makeover, which involves the installation of large 32-inch touchscreens highlighting local news, local deals, entertainment listings and more. Information can also be fed from the so-called SmartScreens direct to a user’s smartphone. Free Wi-Fi access is also offered by the high-tech booths.

Around 250 new booths will be appearing across the city’s five boroughs over the next few months, with the first 10 opening to the public on Tuesday in existing phone booths around Union Square. The plan is to bring them to more US cities, as well as several international locations, some time next year.

The new-look booths are equipped with a number of accessibility features, including screen repositioning for wheelchair accessibility and headphone access for the hearing impaired. Multiple languages are also available, including English, Spanish, Russian and Mandarin Chinese.

President and CEO of City24/7 Tom Touchet said of the new system, “Our network is built on the idea that you should be able to connect and activate information through any device – anywhere. We’re excited to help power daily communications to the streets of New York, and to immediately and directly give back to the communities we serve.”

Although described as “ruggedized”, it’s not certain precisely how robust the SmartScreens are – hopefully they’ll be able to withstand a pinch and a poke, as well as a hefty head butt, from a determined vandal. But as British comedian John Cleese once said, “It’s not that payphones don’t work because they’ve been vandalised. They’ve been vandalised because they don’t work.” So hopefully City24/7’s tech will operate glitch-free and be of benefit to the local community for a long time to come.

Want to link two screens as a single display? A new Apple patent may allow it

How to set wake and sleep settings on Mac