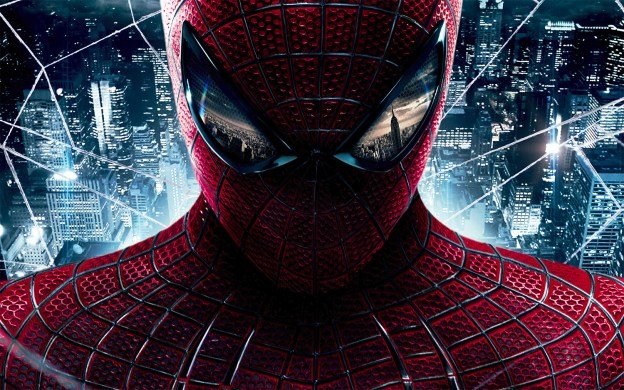 As all comic fans know, what makes Spider-Man successful at this superhero schtick is because he’s known for more than the whole sticking-to-walls thing he’s named after. No, it’s all the other powers and abilities that he gained at the same time (or invented; where would Spidey be without his webbing, after all?): The proportionate strength, the increased agility and… oh, yeah, the Spider-Sense. Now, a scientist from the University of Illinois in Chicago has built a suit that mimics that last ability for its wearers, taking us one step closer to our own crime-fighting futures.

As if to make the inspiration for his suit particularly clear, creator Victor Mateevitsi even named it “SpiderSense,” and described ways in which it could turn anybody into Peter Parker’s alter-ego – well, at least partially.

“When someone is punching Spider-Man, he feels the sensation and can avoid it,” Mateevitsi explains. “Our suit is the same concept.” The way it works is by picking up ultrasonic reflections from objects via seven tiny microphone modules embedded across the suit. When the ultrasound detects movement towards the user, it exerts pressure against the wearer via small robotic arms, essentially poking the wearer when something is incoming.

In testing, students wearing the suit have been able to respond to movement while blindfolded. During the experiment, the subjects were given cardboard “throwing stars” to use when they sensed they were about to be attacked, and “95 percent of the time, they were able to sense someone approaching to throw the star at them.” Why the subjects were given throwing stars as opposed to just turning towards their “attacker” or verbally identifying the direction is unknown, but it does fit in with the generally-nerdy idea of naming your invention after Spider-Man.

Mateevitsi and his team aim to present the SpiderSense suit at next month’s Augmented Human conference in Stuttgart, Germany, but their plans for the suit go far beyond its current state. “We humans have the senses that we are both with, and we can’t extend them,” the scientist said, “but there are some threats which are very deadly, but we can’t sense them, like radiation. Electronic sensors can feel those threats.”

Yes, it sounds a little bit like a less-invasive (thankfully) version of the rats that could “touch” infra-red light we covered a few weeks back, but the SpiderSense team is genuinely considering ways to expand the suit’s uses and capabilities in new directions. Also on the agenda is an attempt to see whether the suit could work as a way to help the visually-impaired. We can only hope that Mateevitsi decides that the incarnation of the suit will take its inspiration from Spidey’s fellow Marvel Comics character Daredevil (himself blind from the accident that gave him his superpowers) and name the suit “Radar Sense.”

This groundbreaking new buoy can predict earthquakes and tsunamis. Here’s how
New cardiology A.I. knows if you’ll die soon. Doctors can’t explain how it works
California’s new quake-alert app can give you vital seconds to take action
Researchers use brain-machine interface to create a sixth sense in rats
The best light therapy lamps
CES 2022: The biggest news and announcements so far
Taco Bell’s Xbox Game Pass-style pass will put a taco in your belly daily for $10 a month
The weirdest tech we spotted at CES 2022
K-pop NFTs are here, but I’m not convinced they’re worth it
Solving VR’s ‘infinite walking’ problem with moon boots
Fighting football injuries with 3D-printed, hyper-personalized pads
Inside the U.K. lab that connects brains to quantum computers
ClipDart is an on-demand barber app aimed at people of color