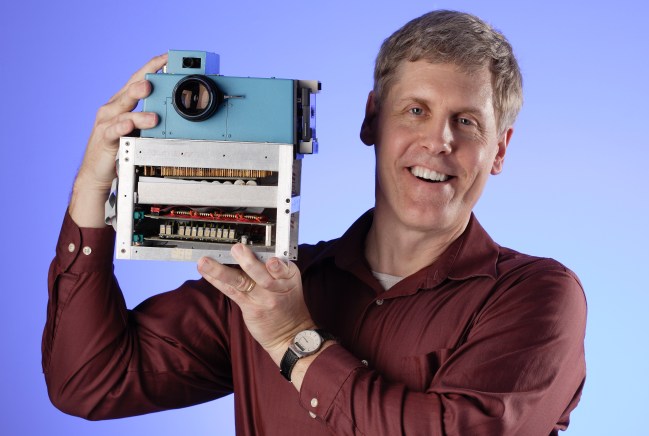 Thirty-six years ago Steve Sasson began work on the modest project of taking an image, converting it to a digital signal and then storing it in a way the image could be retrieved later. The same structure Sasson developed in 1975 is behind virtually all commercially available digital cameras on the market today (although the cameras have gotten significantly smaller in the intervening years). Sasson is just one of 39 inventors who are set to be inducted into the National Inventors Hall of Fame as part of the class of 2011, which was announced today.

Joining Sasson is another pioneer in the field of digital photography, Eric Fossum, the man behind the image censor in your DSLR. While working at NASA’s Jet Propulsion Laboratory, Fossum led a team engineers who would eventually develop the CMOS active pixel sensor (APS). The CMOS sensor is now widely used in everything from cellphone cameras and DSLRs to the “swallowable cameras” used for medical diagnoses.

Here’s a quick rundown of the remaining 2011 inductees who are still among us:

Notable inventors from the class of 2011 who have passed away include Mary Anderson, inventor of the windshield wiper, and Carleton Ellis, the creator of margarine. You can view the complete list of inductees here.