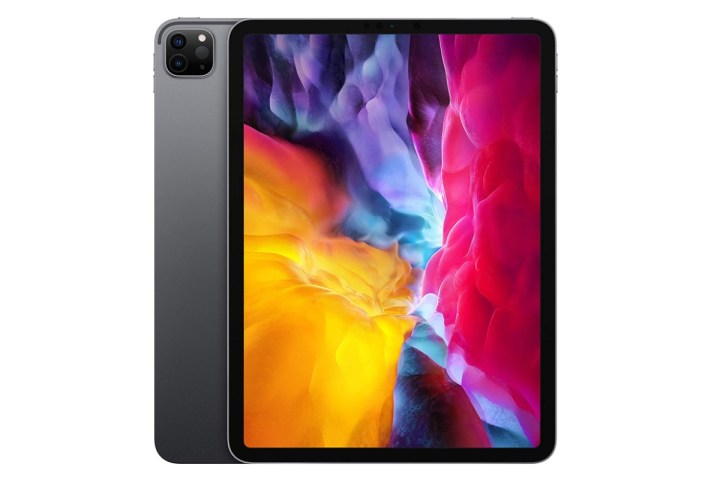 The different versions of Apple’s iPad fly off the shelves during the holidays, as iPad deals are always popular among bargain hunters who are looking to give the tablet as a gift to their loved ones or to themselves. If you’re searching for one, Amazon is selling the 128GB model of the fourth-generation iPad Pro with a $50 discount, bringing its price down to just $949 from its original price of $999, in a deal that’s likely your last chance to get the tablet shipped in time for Christmas.

The fourth-generation iPad Pro features a 12.9-inch edge-to-edge Liquid Retina screen with ProMotion, which adjusts the display according to the movement of content, and True Tone, which tweaks colors to match the ambient light. This makes the tablet great for watching shows, playing games, working with multimedia, and everything in between.

The latest version of the iPad Pro is powered by the A12Z Bionic chip, which Apple claims makes the tablet faster than most PCs in the market. The iPad Pro also comes with a LiDAR Scanner to enable more immersive augmented reality capabilities, which becomes even more important as the technology’s applications continue to expand. The lidar Scanner is joined by a dual-camera at the back, composed of a 12-megapixel sensor and a 10-megapixel wide-angle lens, for all your photo and video needs.

Apple promises up to 10 hours of battery life for the fourth-generation iPad Pro, which is impressive given the size of its display. The tablet’s capabilities are anchored on iPadOS 14, which introduces stackable widgets, enhancements to iPadOS-native apps like Photos and Notes, and the Scribble app that converts handwriting to text, among many other additions.

If you’re still on the hunt for tablet deals for the holidays, you should consider splurging for the fourth-generation iPad Pro. This masterpiece of a tablet is a great gift for a loved one or for yourself, and the 128GB version is currently on sale on Amazon at $50 off to lower its price to $949 from its original price of $999. This could also be your last chance to receive the iPad Pro before Christmas, so don’t hesitate and click that Buy Now button as soon as you can.