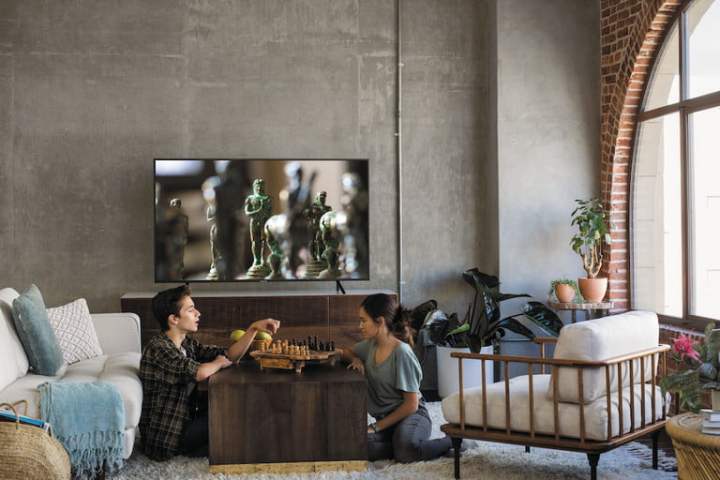 If you’re looking to pick up a TV at some point this year, then the upcoming season is a great time to shop, with not only Amazon’s Prime Day in October but also Black Friday in November. There are some terrific Prime Day deals to be had on Amazon’s site already, but keen not to be left out of the price-cutting action, Best Buy is kicking off its Black Friday Deals on Prime Day. Be under no illusion, though: This is part of the Best Buy Prime Day deals, even if they aren’t branded as such. Between these two big events, now is the perfect time to save some cash on a TV with 4K TV deals, like this 70-inch Samsung 6 Series 4K TV which is on sale for the killer price of $530, down from $750.

The 70-inch Samsung 6 Series 4K TV is tremendous value at just $530, as 70-inch 4K TVs are almost impossible to find at this price. And as it’s made by Samsung, a well-respected manufacturer, you can be confident that the cheap price doesn’t mean compromising on quality. The 6 Series is known as a well-rounded set of TVs that balance good picture quality, new processing technologies, and an understated appearance with a slim bezel. The 70-inch Samsung 6 Series 4K TV comes with Crystal Processor 4K to transform all of the content you watch into 4K Ultra HD, and HDR support means an even more attractive picture with crisp and highly accurate colors.

Another selling point of the 70-inch Samsung 6 Series 4K TV is the smart software, powered by Tizen, which offers next-generation apps and easy controls, enabling one-click streaming for your favorite services like Netflix, Apple TV, or Disney+. You can access all of these content providers directly from the TV using the built-in software, so there’s no need for an additional streaming device or PC — your TV can handle all of the streaming tasks itself. It also comes with a remote control and a stand included, so you’ll be ready to watch as soon as it arrives.

For just $530, this 70-inch 4K TV is an absolute bargain and the best price you’re likely to find for a TV of this size. So if you’re looking for an entry into the world of 4K and you have a larger space to fill, you should snap up this item today.

If you’re after something a bit different, though, there’s no shortage of fantastic Prime Day 4K TV deals to choose from, like this 70-inch Samsung 4K TV sale that sees it discounted to just $530 from $750. If these aren’t convincing enough for you, you can always check the best Black Friday TV deals and choose there.

YouTube TV in 4K: Everything you need to know

What is Apple TV+? Everything you need to know