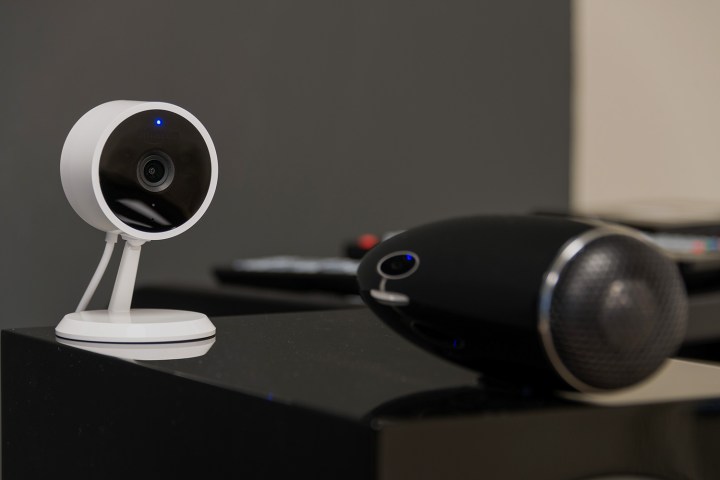 The Amazon Cloud Cam is an outstanding security camera. But since its release two years ago, sales on the device have been hard to come by. This week appears to be one of those rare sale opportunities, with the site cutting $30 off the retail price.

At $90, it’s the same price that it was during Prime Day. We’ve had a chance to review this security camera, and appreciated its outstanding picture quality, equally outstanding night vision, and customizable motion detection. It might not be the cheapest security system, but it’s one of the highest quality ones on the market.

Of course, the Amazon Cloud Cam works best if you already own video-enabled Echo devices. You will also have free storage to view videos from the past 24 hours, but we recommend opting for one of the subscription plans. With a Cloud Cam subscription, you’ll get anywhere from seven to 30 days of video storage and gain the ability to identify people and different types of sounds including glass breaking, a baby crying, a dog barking, or a smoke/carbon monoxide alarm.

It adds up, but there are very few security cameras out there that provide such an expansive feature set and as clear of a picture as the Cloud Cam. As they say, you get what you pay for.

But $90 is $90. What if you’re looking to do a multi-camera setup? That will get expensive quick. We have two options for you that are a fraction of the price.

You get 1080p video with night vision and two-way audio support. Motion detection works well, and Wyze has just added person detection (the same feature you’re paying Amazon extra for with the Cloud Cam). Free 14-day storage is included, and continuous recording is available if you plug an SD card into the camera itself. While the video quality isn’t nearly as good as the Cloud Cam by a considerable margin, it’s more than acceptable for most uses.

Want a little more functionality than the Wyze Cam? Step up to the Wyze Cam Pan.  At $38, it’s still far cheaper than the Cloud Cam, but you get some pretty nifty features that Amazon’s camera doesn’t have, like the ability to rotate the camera 360 degrees, and 93 degrees up and down. This makes it perfect for watching over large rooms and the camera we’d recommend in these situations.

You can even set waypoints to instruct the camera to pan to specific parts of the room in a predetermined fashion. The panning functionality also allows Wyze Cam Pan to follow motion across the room, taking up to 12 seconds of video, and also includes Wyze’s free 14-day storage.