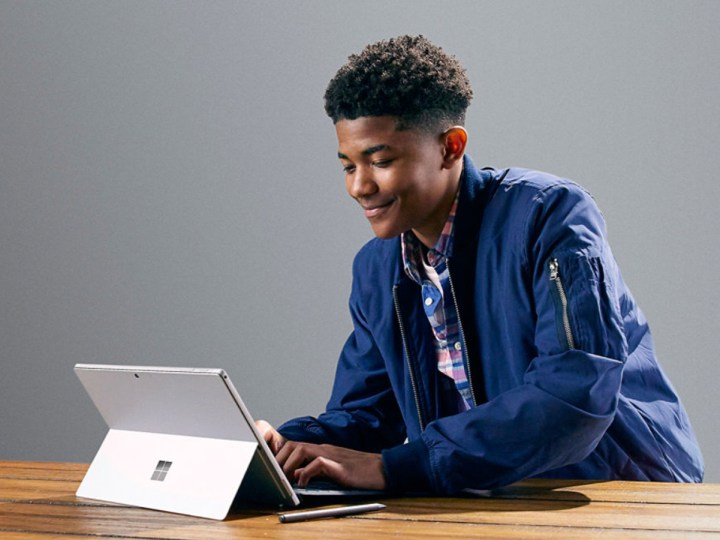 If you’ve been waiting for student laptop deals, especially Surface Pro deals, you’ll want to jump on this sale. Walmart is selling the Microsoft Surface Pro 7+ for just $599 today, over $400 off the normal $1,000 price. This powerhouse combination of notebook computer, tablet, and digital canvas is one of the best laptop deals we’ve seen this month and it’s made even sweeter with the bundled black Type Cover. Don’t hesitate to snap up this bargain at this huge price reduction.

The lightweight Surface Pro 7+ weighs just 1.7 pounds without the Type Cover. With the bundled Type Cover attached, you can use the Surface Pro as a powerful notebook computer. The Surface Pro 7+ doesn’t skimp on performance, staring with an 11th-generation Intel Core i3 CPU with 8GB of RAM. This model also has 128GB of fast, dependable, on-board solid-state storage. Our Microsoft Surface Pro 7 review praised the display, processors, and graphics performance when this model launched.

The Surface Pro 7+ has a 12.3-inch diagonal measure PixelSense Display with a HD resolution 2736 x 1824 pixel touchscreen display. A 5-megapixel front-facing camera and a 8-megapixel rear camera pair with Studio Mics to record clear video and audio. You’ll find two USB slots: one for a USB-C plug and one for a USB-A attachment. There’s also a MicroSD slot for removable storage media. The Microsoft Surface Pro 7+ bundle in this Walmart deal also includes a black Type Cover with keyboard and runs Windows 11 Home.

The exceptional value of Walmart’s deal on this Microsoft Surface Pro 7+ is due to its power and versatility. Whether your primary need is for a laptop computer, a touchscreen tablet, or a digital canvas, the Surface Pro 7+ fills the bill. Normally priced at $1,000 in this bundle configuration, Walmart slashed the price to just $599 today, a $401 discount. Buy this deal today to lock in your savings.