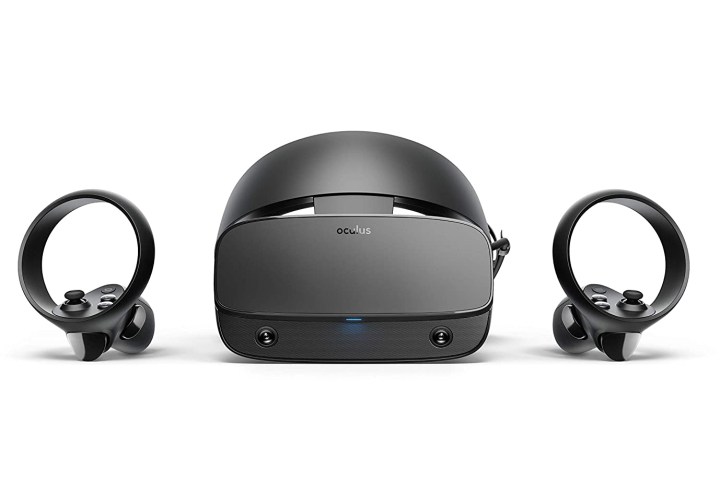 The gaming deals keep coming over the holidays, which means that it might be time for gamers to invest in new consoles and accessories. If you’re interested in jumping into the virtual reality bandwagon, take a look at this offer from Best Buy for the Oculus Rift S that slashes the VR headset’s price by $100, bringing it down to $299 from its original price of $399.

The Oculus Rift S, the successor of the Oculus Rift, is a wired VR headset that is designed to work with your PC, for more powerful processing power compared with the capabilities of standalone VR headsets. The recommended specifications for your PC is a video card of NVIDIA GTX 1050Ti, AMD Radeon RX 470, or greater; a CPU of Intel i3-6100, AMD Ryzen 3 1200, FX4350, or greater; and memory of at least 8GB of RAM.

Compared with its predecessor, the Oculus Rift S features improved optics, for a sharper display that delivers vivid colors and a more immersive experience. The headset tracks the movement of your head and body with six degrees of freedom, translating them into your movements in VR with precision without the need for external sensors. The headset’s integrated positional audio, meanwhile, lets you hear teammates or enemies from multiple directions, without the need for additional headphones.

While in VR, your experience won’t be cut short by a wobbly or uncomfortable headset as the ergonomic design and fit wheel of the Oculus Rift S makes sure that it stays in place even through quick movements. You’ll find this important as you’ll likely be playing for hours, as you wade through the best Oculus Rift games available on the Oculus store.

If you’ve got a good enough PC for it, the Oculus Rift S is a solid choice if you want to dive into the wonders of virtual reality. The VR headset, originally priced at $399, is available on Best Buy with a $100 discount to lower its price to $299. There’s also a chance that you’d be blasting your way through virtual worlds by Christmas, but you’ll have to click that Buy Now button as soon as you can so that the VR headset will arrive on time.