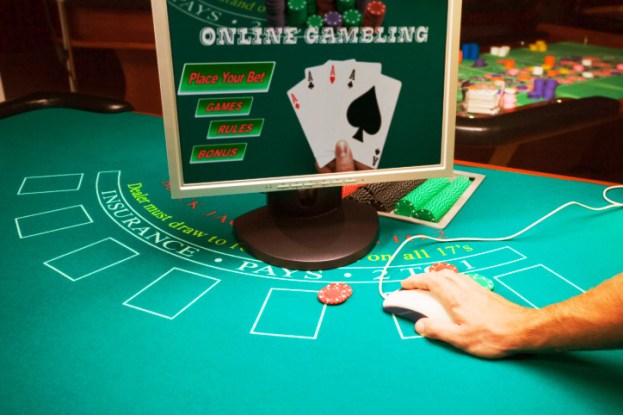 Today is another win for former U.S. online poker players. 888 Holdings has been the first online gambling company in the United States to be granted an online poker license since 2006.

If you’re a fan of poker you’ve probably played online at some point in your life, that is until the U.S. government cracked down on online gambling just a couple of years ago. The game has been noticeably absent from the Web in the United States, although online gambling legislation has made it legal in Delaware, Nevada, and New Jersey (home of Atlantic City).

Now that the missing pieces to resurrect online gambling in certain areas of the United States are coming together, 888 is looking to capitalize on its newly minted license by launching an online poker room in Nevada sometime in the next few months – which could bring some of our poker expatriates home.

‘Black Friday’ was D-day for U.S. poker players, and the U.S. government won once again when it banned online poker’s titans, Full Tilt and Poker Stars, April 15, 2011. That move sent a shock wave through the online poker community, which had been playing even after 2006 in the states with few government interventions.

After Black Friday, many professional poker players  had one of three options left if they wanted to continue gambling. Some moved overseas to Canada or Europe in an effort to continue their professional gambling endeavors online. Other poker players who didn’t end up leaving the states have had to either sign up for the few rather mediocre sites that (illegally) still accepted U.S. online gamblers. Many have ventured to the card rooms in casinos. But once 888 has launched its (legal) poker site in Nevada, and created “the Web spin-off of Caesars’ World Series of Poker tournament,” former online poker players will undoubtedly flock to Vegas.

Until now, the Las Vegas gaming commission wasn’t able to hand over licenses to online poker sites. Regulations imposed by the government required that licenses only be administered to brick and mortar casinos, which is why digital gaming company 3G had partnered with the casino El Dorado in the first place to build and release the U.S.’s first online casino since Black Friday. We’re expecting rival Internet gambling company, bwin.party, to follow suit and obtain its online gambling license, but don’t expect a multitude of sites to get all the paperwork in order – it’s sure to be a slow and regulated process.

The Vegas gaming commission is strict, to say the least. They have stringent requirements to be even considered for a license, not to mention that a license is expensive, costing up to a $1 million, says 3G CEO James Kosta when we talked to him earlier.

This license is a monumental win for online gambling, but there’s a lot more work to be done to return online gambling to its golden days, when anyone in the U.S. could sign-up, deposit cash, and play digital poker to their heart’s content.

Topics
Red Dead Online poker missing in some parts of the world due to gambling laws
Square Enix pulls mobile games from Belgium due to loot box legal issues
Atari embraces cryptocurrencies and sees its stock prices soar
Hawaiian state bill would ban sale of loot box-enabled games to minors
One Piece Odyssey’s great ending would have made for a perfect anime arc
Don’t need the Xbox Series X? The Xbox Series S is $50 off today
Tomb Raider returns as a mobile roguelike via Netflix
Samsung’s 49-inch Odyssey G9 gaming monitor is $600 off today
Rode’s NTH-100M headphones are built for gamers
The best upcoming Xbox Series X games: 2023 and beyond
PS Plus adds Evil Dead, OlliOlli World, and more in February
The best upcoming PS5 games: 2023 and beyond
The best upcoming PC games: 2023 and beyond