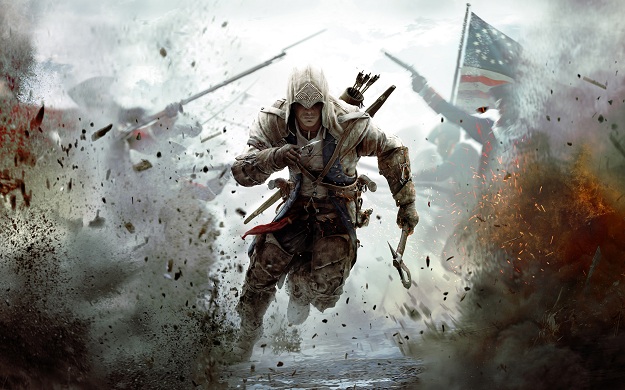 It’s no surprise that Assassin’s Creed III sold well upon its release last week, but just how well is pretty darn impressive.

Ubisoft released its first-half financial report this week, and the company estimates that the latest installment in the blockbuster game franchise has sold more than 3.5 million units since its October 30 release. Not only does that qualify Assassin’s Creed III as the most successful launch in the company’s history, but the sales tally is actually double that of the previous game, Assassin’s Creed: Revelations, at the same point in its life.

The massive sales figures for the game, which is set amid the American Revolution and pits its stealthy hero against Templar controlled British forces occupying the colonies, also helped push Ubisoft’s sales figures up 12 percent over last year’s tally at this point. This prompted the publisher to bump its sales estimates for the year to a figure between $1.54-1.62 billion.

In related news, yesterday’s reveal of an upcoming Assassin’s Creed Anthology bundle that will package all five games and their associated DLC into a single box has received an update of sorts — though U.S. gamers won’t be happy about it.

According to Joystiq,Anthology will be released for the PlayStation 3 and Xbox 360 in Europe, but there are no plans for a North American release at this point. The bundle is currently designated as an “EMEA” (Europe, Middle East, and Africa) release, with an expected release date of November 30 in the UK and November 29 elsewhere in Europe.

Still, the site notes that the Ubisoft rep who confirmed these details left the door open for future updates regarding a U.S. release, saying that Assassin’s Creed Anthology is exclusive to the UK “for now” and isn’t currently confirmed for US release.