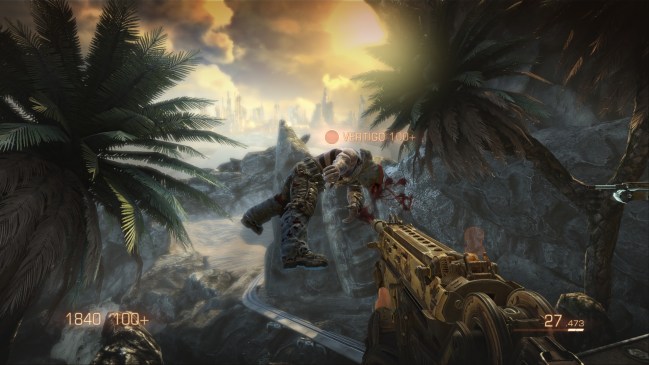 When it comes to satisfyingly gory video game kills, leave it to Epic to find new and interesting ways to promote that idea for its new game.

The creators of the Gears of War series are back with developers People Can Fly to present Bulletstorm, a futuristic first-person shooter set on a planet that is overrun by flesh eating pirates that are ever so pleasing to destroy in new and interesting ways.

You play as Grayson Hunt, a former elite soldier that was exiled after discovering that he was fighting for the wrong side. Hunt has stumbled into a life as a somewhat drunken space pirate, and things are going poorly when he crash lands on a planet that used to be considered paradise—right up until the mutants started eating people. Reunited with his old friend Sato, the two attempt to find a way off the planet in order to seek revenge on the man that sent them there.

Check out the trailer below and look for Bulletstorm on PC, PS3 and Xbox 360 on February 22.

[Warning: May not be suitable for all ages]

The best platformers you can play right now

The best Xbox One games to play right now