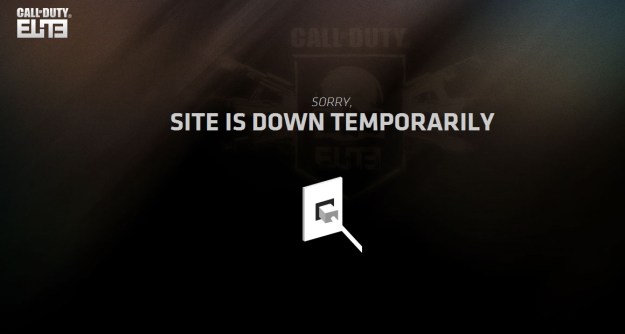 When a major new title is released that features a heavily integrated online mode, you almost expect that something will go wrong as the proverbial gremlins in the machine are captured and killed by red eyed, slightly crazed developers that are under enough pressure to turn coal into diamonds. When Battlefield 3 launched, the online multiplayer faced several hurdles—on Xbox 360 the game was inaccessible for several hours on launch day. These launch day issues aren’t ideal by any means, but they happen.

With yesterday’s launch of Call of Duty: Modern Warfare 3 going relatively glitch free, Infinity Ward (and Raven Software) no doubt breathed a healthy sigh of relief. The Call of Duty series has had experience dealing with massive opening day traffic over the last few years, so Activision was prepared for the surge of online activity, and Modern Warfare 3 seemed to hold up well. Call of Duty: Elite, however, did not fair quite as well.

Millions of gamers that have attempted to connect their accounts to the Elite service have met with a handful of error messages. Sometimes the service connects but cannot access any data, other times it cannot connect at all. The reason isn’t surprising—there is simply too much traffic.

In response, developer Beachhead has issued a statement regarding the outages, “Registration requests for our new live service Call of Duty ELITE are exceeding even our most optimistic expectations, which is creating a bottleneck and some players have not been able to register,” Chacko Sonny, studio head for Beachhead said in a statement

“We have already registered hundreds of thousands of players and we are working around the clock to increase our capacity as quickly as possible.”

The Call of Duty: Elite service offers both a free and premium service that tracks your Call of Duty activity. Although the service is mostly inaccessible at the moment, Sonny did confirm that your data is being recorded and will be available as soon as the service is.

According to the Elite twitter feed, Beachhead is adding four times the server capacity, so hopefully the service will be up and running later today or tomorrow at the latest. Beachhead also claimed that we can expect more information on an Android and iOS Elite app later today.