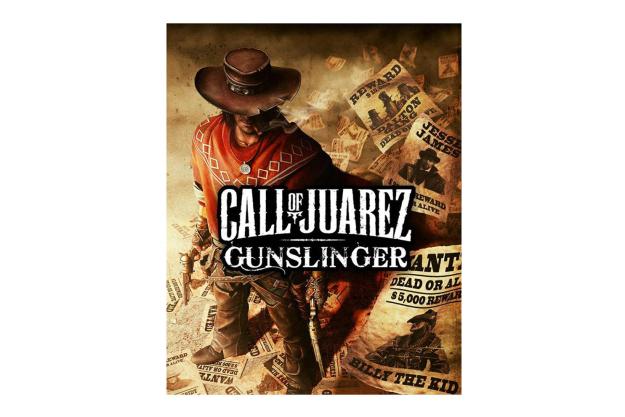 “Techland redeems the 'Call of Juarez' series with 'Gunslinger,' with a tall tale approach to the story that makes for unpredictable play.”

Call of Juarez: Gunslinger is like Tim Burton’s film Big Fish. An aging braggart recounts his fabulously interesting life – with some heavy embellishments – for a slack-jawed audience. It is a work of pure fantasy, a Wild West tall tale that recasts legends like Billy the Kid as supporting players in Silas Greaves’ one-man takedown of all outlaws everywhere.

It is also wildly entertaining.

Techland is in the position of having to redeem itself after the critically panned misstep that was 2011’s Call of Juarez: The Cartel. The earlier game’s present-day setting is gone in Gunslinger, and some newly added stylistic tweaks freshen up what would have otherwise been a straightforward first-person shooter.

The story is presented as a malleable flashback, with Silas Greaves recounting his exploits across the American frontier as he holds court at a local saloon. At any moment, the story might change as Greaves recalls something he forgot to mention or a heckler gives him hard time for one supposed “fact” or another.

In gameplay terms, you might finding yourself fending off an Apache ambush in the middle of a hunt for fleeing outlaws, only for someone to ask why there are suddenly Native Americans in the mix. Greaves backpedals and explains, “No, they ambushed me like they were Apaches,” at which point the scene changes as your attackers transform into outlaws.

This happens frequently throughout Gunslinger. The environment reshapes itself right in front of you, and an enclosed space could suddenly have an exit that Greaves forgot to mention. At one point, your path leads to a fatal encounter with the business end of a speeding minecart, complete with a Game Over screen that quickly disappears as the game rewinds while Greaves explains how stupid it would have been to take that particular path.

The unusual story progression puts a nice twist on what would otherwise be a linear FPS, but Techland also deserves credit for its visually striking take on the Wild West. Gunslinger embraces a much more stylized look than past Call of Juarez games. Brightly colored textures that heavily emphasize shadows harken to the unique look of Gearbox Software’s Borderlands games, but the overall feel falls closer to that of a graphic novel grounded in some semblance of reality. It’s a treat to look at.

A satisfying combat loop quickly develops as you rack up kill combos and earn enough XP to level up in one of the three different skill trees that favors a long-range rifle, close-quarters shotguns, or building big combos with dual-wielded revolvers. The Gunslinger arsenal isn’t particularly large, but each firearm is finely tuned and a joy to play with.

Outside of the surprisingly lengthy 6-8 hour campaign (for a download-only game), players also have the option of messing around in Duel or Arcade modes. Duel is essentially a boss rush mode that pits you against key baddies from the story in a quickdrawn gauntlet. The quickdraw minigame is a weak element in Gunslinger, with players expected to juggle a pair of meters by independently twiddling the left and right thumbsticks. It’s a functional solution to an aspect of Wild West lore that doesn’t easily translate into gameplay, but it could have been better.

Arcade mode offers much more in the way of replay value, breaking the story’s big combat moments up into a series of discrete encounters. You can easily max out a single skill tree in the course of one Gunslinger story playthrough, but you can’t go much further than that. Arcade acknowledges this with a “loadout” selection at the start of each challenge, giving you the option of trying out other styles of play.

Techland redeems the Call of Juarez series and then some with Gunslinger. This is an undeniably fresh and original take on what most would probably call an ailing franchise, and it’s a game that is absolutely worth investing a handful of hours in if you’re a shooter fan. It may not reinvent the FPS, but Silas Greaves’ playable tall tale tweaks familiar formulas just enough to provide a memorable experience. No small feat for a download-only game that aims to compete in the medium’s most popular genre.