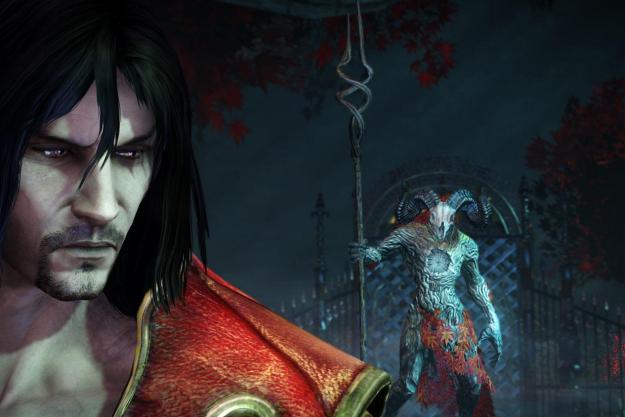 Castlevania: Lords of Shadows 2 marks the 35th installment of the Castlevania brand, and it stands as the conclusion to the franchise’s most recent reinvention at the hands of Spanish developer MercurySteam. Just as in the original Lords of Shadow, the combat remains the star. The story attempts to connect itself to the greater Castlevania lore with mixed results, and the exploration elements are slightly underwhelming thanks to the somewhat mundane level design, but the combat is the beating heart of the game. And it is exceptional.

Increasing your combat prowess is the real driving force of Lords of Shadow 2.

If you haven’t played the first game, you are in for a shock at what’s become of protagonist Gabriel Belmont. Following the end of Lords of Shadow, Gabriel – once the Champion of Light – is now Dracula, the Prince of Darkness. After spending several hundred years in a deep slumber, Belmont is awakened by an old enemy with a proposition: Help defeat Satan, and he will give Gabriel the true, permanent death he so desperately desires.

]The game ramps up at a gradual pace through the roughly 20-hour campaign, as you attempt to regain your strength piece by piece. This plays into the story, but it also cleverly explains why a powerful being that tosses about the title “Prince of Darkness” needs to level up.

The main campaign is mostly a series of fetch quests designed to make you stronger. The story is rarely engaging, and acts as a framework to strengthen you up more than engage you. There is a somewhat satisfying twist late in the game that explains away some of the more convoluted bits, but increasing your combat prowess is the real driving force of Lords of Shadow 2.

The combat is outstanding, both in the game’s mechanics and in the way it is presented. When you first begin, you have only your Shadow Whip’s very basic attacks. As you earn experience, you begin to unlock and upgrade Skills, like counters, rising strikes, and aerial attacks. As you use a particular Skill in combat, you begin to “master” it. Filling the skill’s associated gauge brings you to 100-percent mastery, which then transfers to that weapon’s mastery bar. Mastering an individual Skill doesn’t help you in itself, but each one mastered gets you close to leveling up the associated weapon, making it more powerful.

Combat is further fleshed out around two other weapons that you reclaim along the way: The Void Sword and the Chaos Claws. Once obtained, you can equip either one with the touch of a shoulder button. Each weapon has its own inherent ability – the Void Sword recovers your health with each connected hit and the Chaos Claws break enemy armor – and they each have their own Skills and mastery gauge. These weapons require magic though, which you can refill at altars or by performing uninterrupted combos.

When everything is clicking late in the game, Gabriel becomes a storm of exquisite and bloody violence.

The magic adds a degree of strategy to the combat, as resource management becomes important. There are items you can collect along the way that refill your health and magic, but using the Void Sword becomes an essential part of the game. The Chaos Claws are similarly vital. Switching between the various weapons and learning the different combat styles takes practice.

The enforced repetition gives you a reason to keep learning new combat techniques. Once you know a set of moves, linking them together into elaborate combos becomes much easier. Combat feels perfectly tuned in this regard. When everything is clicking late in the game, Gabriel becomes a storm of exquisite and bloody violence. Constant concentration is required, as the game expects you to learn how to quickly switch between weapons and work their attributes in your favor. It’s immensely satisfying to face down an enemy, or a group of them.

Lords of Shadow 2 is a difficult game that demands you know the moves or risk frequent restarts. Thankfully the combat mechanics are remarkably engaging, which has the added benefit of masking some of the game’s other flaws.

The world of Lords of Shadow is broken up into several sections, all of which are connected and can be revisited at anytime. Each area is open in a way that encourages exploration, though the main story follows a linear path. Earning additional moves like double jump and mist form (which allows you to pass through grates) grants access to previously inaccessible areas. Rewards like magic and health upgrades give you plenty of reason to backtrack.

It’s maddening to take control of Dracula, the Prince of freaking Darkness, and not be able to jump on top of a dumpster.

Unfortunately, the locations themselves – both Dracula’s castle and the modern city much of the story unfolds in – are bland and dull. The city streets are austere and gray, while the legendary castle is a series of large rooms without much personality. Entire sections of the castle sport a similar design, and are differentiated only by the color of their walls. Both the castle and the city are generic and forgettable. To give you a better example, some sections of the castle are so similar that the color of the walls is the only thing the differentiates them at a glance.

The enemies are also boring. There are several different types that require different forms of attack, but they are visually unremarkable. The Castlevania series began by draping itself in the conventions of popular monsters like Frankenstein’s creation and the Grim Reaper. That added color and character to the earlier games. There was a sense of fun and charm, and that isn’t present in the Lords of Shadow 2. It is gritty and dull, which makes traversing some of the sections feel tedious as a result. For a game steeped in the lore of pop culture’s most popular monsters, the game rarely touches on any of that.

There are also some baffling design choices that limit your ability to reach seemingly accessible locations. You may see a distant pipe that looks ripe for exploration, but invisible walls stop you dead. It’s maddening to take control of Dracula, the Prince of freaking Darkness, and not be able to jump on top of a dumpster. It hurts the illusion the game tries to create, when the being that once defeated Satan gets stuck behind a telephone box.

Lords of Shadow 2 gets far more right than it gets wrong though. The levels are designed with combat in mind, so they are usually large areas that allow you to really explore the mechanics. Dull backgrounds are quickly ignored once the fighting begins.

Combat is the star of Lords of Shadow 2, without question. There’s a sense as you play that everything – particularly the story and the level design – is a slave to that, created to better enable those mechanics rather than complement them. If it weren’t for Dracula and his castle, this could be any game.

The incredible history of Castlevania is badly underused, which is a shame, but the combat makes up for it. Once you stop fighting, everything else falls by the wayside. You won’t be looking at the castle or the backgrounds; you’ll be looking for the next fight. And then the next, and the next.

This game was reviewed on a PlayStation 3 using a copy provided by Konami.