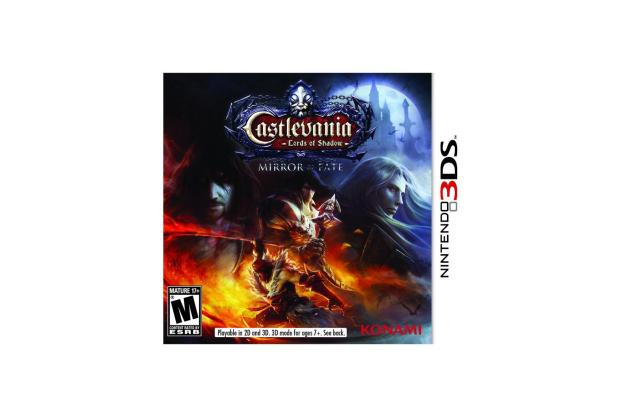 “Mercurysteam flexes its abilities and tries something new, with mostly good results”

The Belmonts have always employed  Napoleon Bonaparte’s battle plan when it comes to fighting Dracula: First you show up, then you see what happens. Just look at the original Castlevania for the NES. Simon Belmont just walks up to the gates of Drac’s castle and saunters on in like a boss. That’s how the heroes of Castlevania always do it, picking up the weapons they need on location and beating to death anything that gets in their way.

Castlevania: Lords of Shadow—Mirror of Fate developer Mercurysteam seems to have followed the same plan. The developer shows up with some spectacular riffs on the series’ exploration and platforming, but it often feels like it went in without a plan at all, starting to make one game in one style and then ending up making something very different halfway through. One second Mirror of Fate is a sort of loud spectacle like its console predecessor Lords of Shadow, with its hero riding on the back of a giant insect during an obnoxious quick time event. The next, it’s a quiet, patient exploration game in the mold of Koji Igarashi’s classic Castlevania: Order of Ecclesia. This indecision keeps Mirror of Fate from perfection, but like any great conqueror, Mercurysteam’s raw talent and verve carries it through. This is the studio’s best game, even if it feels rough at times.

Unlike Lords of Shadow, Mirror of Fate goes old school, a two-dimensional romp that has you wandering the halls and grounds of Dracula’s fortress home with a few familiar names. The wanderers in question are three generations of Belmont. In the first of the game’s three acts, you control Simon, grandson of Gabriel, who became the monstrous Dracula at the end of Lords of Shadow. Simon, a red-haired, whip-wielding cross between Billy Connolly and a WWE wrestler, knows all too well about his lineage and is there to clear the family name and avenge his father Trevor. Aiding Simon is Alucard, Dracula’s vampiric son and fan-favorite from Castlevania: Symphony of the Night (Alucard has his signature coat, but strangely doesn’t wear a shirt anymore.) In the second act, you control Alucard, and in the third, you go back to play as Trevor, finding out what happened all those years ago.

All three characters share experience, their whip skills leveling consistently throughout all three acts of the game. New moves for the combo cross are unlocked by fighting off monsters and bosses, from drooling mermen to feathered vampire knights. Each hero has four special skills though, that have to be found in the castle. Simon can call on spirits like his mom Sypha Belnades to protect him while Alucard can transform into a wolf and Trevor can slow down time. The similarities and differences between the three characters keeps the combat fresh throughout, but also uneven. Alucard is so weak even with his powers that the prolonged combat—even at the end enemies take many hits to put down—can feel cheap and unfair especially when you have to wail away on a giant demonic wolf after your fiftieth death. Playing as the overpowered Trevor in Act III, meanwhile, lacks some of the satisfying challenge from when you play as Simon.

Alucard’s section of the game, the lengthiest of the three, feels the most fleshed out. He’s more versatile in exploring the castle, more limber than Trevor or Simon thanks to the ability to double jump and climb walls (Trevor can do both, but he can’t float, just jump farther distances). But the characters are so similar that it doesn’t seem like the three acts were meant to be distinct. It just feels like part way through each, Merucrysteam had a new idea and just threw it in. Why not have Alucard solve some giant puzzles? Or have to backtrack through the castle to find items to enter Dracula’s throne room, even though Simon was able to just wander right in?

The chunks of castle that Alucard gets to explore are more interesting too. Simon’s stretch of game is very drab, almost ugly thanks to halls dominated by brown and grey. When Alucard’s act starts, the castle is much more colorful and varied even though he visits some of the exact same spots. When Simon gets stuck on a monstrous carousel dodging nasty looking monster heads, Alucard is in bizarre room above where you have to solve a devious puzzle to shut it down. The game is often inconsistent in this manner.

In cutscenes, the blocky characters are cel-shaded. Simon’s hair burns red and Trevor’s coat is a brilliant aqua blue. During play though, everything is muted and bare. Mirror of Fate actually looks better with the 3D on, but it’s sometimes too hard to follow the action with the effect active. The flow of the game is another example of this inconsistency. Trevor’s act seems to have been made well before Simon or Alucard’s. It opens with the same chunk from the earliest demos of the game, with you fighting giant possessed suits of armor. If the plan was to have Trevor’s section of the game at the end, why does the game start throwing up tutorial prompts on how to dodge and fight again?

In spite of all these problems, Mirror of Fate ends up engrossing. Melodramatic as its story is, it’s surprisingly good. The meetings between all the various Belmonts are all sad and moving, their impact reinforced by brevity. When Trevor and Gabriel meet at the end, it hits home in a way the series has never managed.

Exploring the castle is excellent, too. Mercurysteam’s game never feels as vast and smooth as the Symphony of the Night era games, but it’s chock full of personality. Swinging your way through Vertical Prison section of the game just plain feels good. It doesn’t even matter that the game sometimes misinterprets what which way you’re jumping. Technical problems, a weirdly inconsistent flow, some ugly graphics – all of these failings melt away in inspired moments like Simon’s fight against the Night Watchman.

Mercurysteam has the potential to become Konami’s most valuable developer, but it has a long way to go. Mirror of Fate can feel schizophrenic and almost improvisational in its design, but it also feels more distinctive and energetic than Lords of Shadow. Rather than an homage to other games and genres, this 3DS game feels like a developer stretching out and testing its limits. It even feels more like a proper Castlevania game. Even without all its callbacks and references to past entries, it nails the game’s mixed atmosphere of cartoon bombast and dread. It may be imperfect, but it’s exciting game making. The next time Mercurysteam shows up, we can’t wait to see what happens.

The best Fire Emblem games, ranked from best to worst

The best Castlevania games of all time