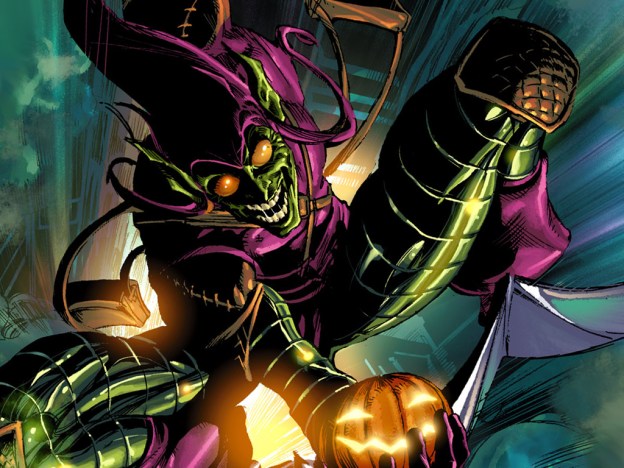 The news from the Spidey camp keeps flowing. Following the recent reveal of the new Spidey suit, which itself followed the announcement that finally confirmed Jamie Foxx as Electro (and possibly Paul Giamatti as Rhino), we now have the biggest casting news of all. According to THR, the role of Spidey’s arch-enemy, Norman Osborn, will be played by Academy Award Winner Chris Cooper.

For nearly as long as there has been a Spidey, there has been a Green Goblin. In the early days, the relationship between the two was fairly straightforward. The Green Goblin would show up on his aerodynamically incredible and potentially world changing glider that would probably be worth billions of dollars, and he would use it to rob a bank while throwing pumpkin shaped bombs at people. Spidey would generally swing in and punch him until he saw the error in his ways.

As the character grew in popularity, his role expanded to that of Norman Osborn, father of Peter Parker’s best friend Harry – who in Marc Webb’s upcoming sequel will be played by Chronicle’s fantastically creepy Dane DeHaan. The details have changed repeatedly since the Green Goblin’s first introduction in 1964, but the friendship between Harry and Peter has always been one of the key pillars.

Electro is already confirmed to be the villain, and if Giamatti is indeed the Rhino the odds are that Cooper will play only Osborn, setting up a Green Goblin smackdown in a third film – although that may be teased at the end of the upcoming film. Too many villains in this film could easily threaten to overwhelm it.

If you haven’t read the comics be prepared to hate Norman Osborn, especially if the films follow the original story and tragedy is heading Spidey’s way, perhaps followed by Cooper’s now famed “maniacal laugh” (see below). And based on the characters that have and will be introduced, that seems to be the way the series is going.

You could say that The Amazing Spider-Man 2 “swings” into theaters on May 2, 2014, but please don’t. That would be silly.

The best superhero games of all time