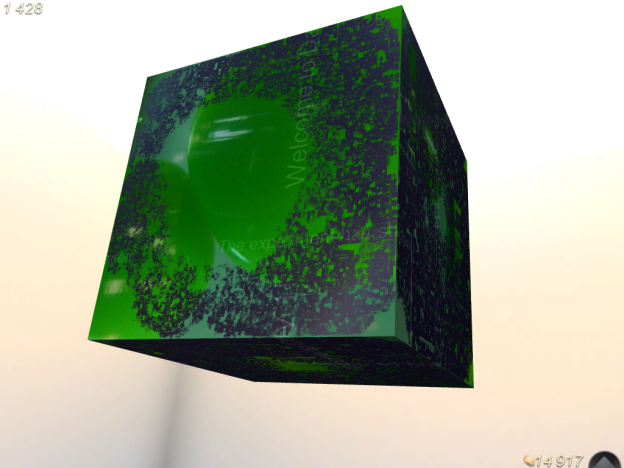 Quick show of hands: did anyone really believe that Peter Molyneux’s Curiosity – What’s Inside the Cube? (so named to avoid confusion with the Mars Rover “Curiosity”) would live up to the hype? Molyneux and his studio, 22Cans, claimed from the start that the social experiment masquerading as a game would feature a “life changing” reward at the center for whoever reached it first. That is a bold claim, but one that over 4 million people were willing to buy into.

Now, 150 days later, with over 25 billion cublets destroyed, and tens of thousands of gamers working together at its height, we now know what that life changing reward is: the power of a god.

On May 26, gamer Bryan Henderson reached the center and was treated with the video below. In it, Molyneux explains Henderson’s prize. 22Cans’ next game will be titled Godus, which sounds like a sim-style game where you are a “god to your followers.” For his prize, Henderson will be the ultimate god of the game, and help to define it.

Henderson will decide on the rules of the game, and he will share in the success of the project in a financial sense. For every transaction through the game, the winner will receive a small portion of the profits. The exact details will be revealed soon.

“It means that you will decide on how people will play a game,” Molyneux says in the video. “You will accrue riches from that game, from the start until the finish of your reign. That, by any definition of the word, is life-changing. You will have fame, you will have fortune, and you will have the power to introduce morals into a game.”

Molyneux goes on to say that the idea came to them years ago, but it is only now that the technology allowed them to pull it off. No word on when Godus will be released, but we should hear more about both the game, and Henderson’s role as its god soon.

[UPDATE: This article has been updated to correct an error. Molyneux’s new game will be titled Godus, not Goddess. Thanks to our reader “Flames5123” for the tip.]