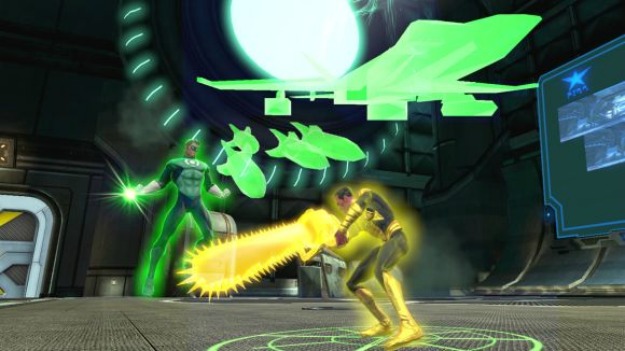 Apparently, when you remove the price tag from a service and make it free, people are more likely to try it out. Yes, we know that sounds like crazy talk, but that seems to be the case for DC Universe Online, and we’re as surprised as you.

Okay, so it’s not entirely unexpected that Sony’s decision to go free-to-play with DC Universe Online netted the game more players, but the number of new players is noteworthy. According to a press release issued by Sony earlier today, 1 million new players joined the game in the first week after the monthly subscription requirement was dropped.

What’s also interesting is that the proportion of new players was evenly split between the PC and PlayStation 3 formats for the game.

DC Universe Online went free-to-play on November 1, transitioning from a required monthly or annual subscription to a three-tiered model divided between free play and two levels of subscription that allow for more access to downloadable content and other in-game options.

The announcement of DCUO’s increase in player base also arrives at a time when World of Warcraft continues to lose players. Last week, it was reported that WoW recently lost 800,000 players over a three-month period.

You can read the text of the DC Universe Online press release below:

“DC Universe Online’s transition to free-to-play has been welcomed by the community and gamers with heroic enthusiasm. In just one week alone, 1 million new players have joined DCUO with a 50/50 split between PC and PS3,” said Lorin Jameson, Executive Director of Development, SOE Austin. “DCUO now joins the ranks of SOE’s other successful free-to-play titles, including Free Realms and Star Wars: Clone Wars Adventures.”

Jameson added, “Our business model philosophy of Free to Play Your Way makes DCUO accessible to every type of player so they can choose to play the game in a way that suits them best. We have a lot of exciting things coming up for players to enjoy in the game and are thrilled at the initial enthusiasm for the game’s free-to-play transition.”

About SOE
Sony Online Entertainment LLC (SOE) is a recognized worldwide leader in massively multiplayer online games. Best known for its blockbuster hits and franchises, including EverQuest®, EverQuest® II, Champions of Norrath®, PlanetSide®, Free Realms®, Clone Wars Adventures™ and DC Universe Online™, SOE creates, develops and provides compelling online entertainment for a variety of platforms. SOE is building on its proven legacy and pioneering the future of online worlds through creative development and inspired gameplay design for audiences of all ages. To learn more, visit www.soe.com.

SOE, the SOE logo, EverQuest, Champions of Norrath, PlanetSide and Free Realms are registered trademarks of Sony Online Entertainment LLC. All other trademarks and trade names are properties of their respective owners. All rights reserved.

About DC Entertainment
DC Entertainment, home to iconic brands DC Comics (Superman, Batman, Green Lantern, Wonder Woman, The Flash, etc.), Vertigo (Sandman, Fables, etc.) and MAD, is the creative division charged with strategically integrating across Warner Bros. and Time Warner. DC Entertainment works in concert with many key Warner Bros. divisions to unleash its stories and characters across all media, including but not limited to film, television, consumer products, home entertainment, and interactive games. Publishing thousands of comic books, graphic novels and magazines each year, DC Entertainment is the largest English-language publisher of comics in the world.

How to cancel Nintendo Switch Online

Everything you need to know about the new PlayStation Plus