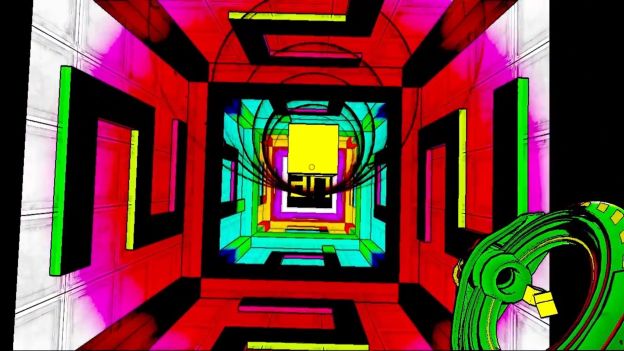 Welcome back to Digital Blend, our weekly look at the world of downloadable video gaming that exists at the fringes of the mainstream. That means we look at the hottest new mobile game releases, downloadable content drops on consoles and PCs, indie darlings that deserve your love and attention, and the best gaming values out there for under $20.

* Temple Run 2 has sprinted its way into the record books. Developer Imangi had reason to celebrate earlier this week when the sequel to the wildly popular endless runner racked up a record-setting 50 million downloads in 13 days, making it the fastest-growing mobile game yet. That’s less than half the time that it took for Angry Birds Space, the previous record holder, to reach the same sales figure (that one took 35 days). The fact that Temple Run 2 is free-to-play probably helped, but it’s an admirable achievement all the same.

* Valve boss Gabe Newell turned some heads earlier this week when he expressed his belief that the biggest threat to the success of the company’s Steam Box initiative isn’t from Microsoft and Sony gaming consoles, but rather from Apple. He explained that the iPhone maker’s ridiculous market share coupled with its increasing number of steps in the direction of the living room are cause for worry, in a speech given at the University of Texas’ Lyndon B. Johnson School of Public Affairs.

* Bethesda Softworks is officially on iTunes. The publisher revealed earlier this week that the soundtracks from seven of its games are available for purchase on Apple’s music store. The list of games is pretty much what you’d expect Bethesda to trot out for sale: all three latter-day Elder Scrolls games (Morrowind, Oblivion, Skyrim), Fallout 3, Fallout: New Vegas, Rage, and Dishonored. Prices ranges from $9.99 to $15.99. MUSIC.

* ArmA dev Bohemia Interactive is apparently a fan of NVIDIA’s Project Shield mobile gaming device. The developer added another game to its 2013 lineup earlier this week, with ArmA 3 and the standalone version of DayZ to be joined by the strategy game, ArmA Tactics, one of the first confirmed titles for the Shield. Described as a “turn-based close combat strategy game,” Tactics puts players in control of a four-person Special Forces squad in combat situations inspired by the other games in the series.

* Mass Effect 3 is due for more DLC. BioWare indicated as much late in 2012, with word emerging that the full writing team had reassembled for something in the realm of post-release content. The intrigue grew earlier this week when executive producer Casey Hudson and producer Michael Gamble separately tweeted unfamiliar screenshots bearing the Mass Effect 3 logo. Neither offered any details, but the hint comes across clearly enough: Stay tuned!

* 4J Studios released the latest title update for Minecraft: Xbox 360 Edition earlier this week, but it is unfortunately not the update that fans were looking for. The UK-based developer has done incredible things with the console port of Mojang’s PC hit, issuing update after update in 2012 that brought the console release fairly close to its PC predecessor in terms of features. The big item that continues to be missed is “The End,” which is Minecraft‘s literal endgame (though you can keep playing after you complete it). This week’s title update unfortunately did not add that material, instead focusing on squashing a handful of bugs. It’s fine, we’re good, the tears are all gone now. But the wait for The End continues.

Top buys of the week…

This game is amazing. You’ll be getting a proper review early next week, but Alexander Bruce’s long-in-development first-person puzzle game is too outstanding to go without being mentioned here the week of its release. Trailers don’t do the marvel of what Bruce delivers here any justice at all. The trippy environments are gorgeous in their own minimal way, but the it’s the gameplay that truly impresses. Puzzles are rooted in non-Euclidean geometry, which essentially means that you’re running around a series of spaces that all feel like M.C. Escher fabrications. The game constantly builds on itself with new ideas and mechanics too. I can’t recommend this one highly enough. Pick of the week for sure.

Call of Duty fans celebrate this week with the coming of more Black Ops 2. The expected four multiplayer maps and one Zombies map are joined by a new weapon and an all-new competitive multiplayer mode for Zombies. It’s a lot of content, more than fans have gotten used to seeing from Call of Duty DLC. It’s all great stuff too. We skipped the review in favor of a getting started guide, so check it out right here for tips on getting around and surviving in all of these new locations.

Skulls of the Shogun is an important game for its cross-platform capabilities within the Microsoft ecosystem. It doesn’t matter what flavor of Windows or Xbox you’re running; this game can be played on it, and can be played against other players on any platform. It also happens to be a charming, exceptionally well put together turn-based strategy game designed to appeal to people who don’t like strategy games. Anthony loved it, and so do I.

Nitpickers can waste all the time they want arguing over whether or not Proteus qualifies as a game. As for me, I’ll be busy in the corner exploring it’s beautiful and ever-changing world. Described as “a game of audio-visual exploration and discovery” by creators Ed Key and David Kanaga, Proteus drops players into a lush, seemingly alien world and sets them loose. There isn’t any specific goal or task laid before you; you simply explore, soak the world in, and reflect on your surroundings. The world changes every time you play, and it always ends up being a memorable experience.

This is more of a PSA than anything else. Electronic Arts is offering free multiplayer beta access to Crysis 3 for one and all until a week before the game’s February 19, 2013 release. The beta amounts to two modes – Crash Site and Hunter – as well as a sampler look at some of the built-in social features that will be further fleshed out in the finished product. Go play it. It’s fun and it costs you precisely zero dollars.

Avoid eBay: PS5 is in stock at Walmart, Best Buy, and Amazon
Assassin’s Creed Mirage pre-order: Get a $10 Best Buy gift card
How to use PS5 voice commands
Every video game delay that has happened in 2023 so far
Fire Emblem Engage bond levels: how to get max Bond Levels fast
Marvel Snap Battle Mode: How to play Marvel Snap with friends
Best Gaming PC Deals: Save on RTX 3070, 3080, 3090 PCs
The best video game remakes reinvent the classics, they don’t just revisit them
Best Buy will give you a $10 to pre-order Hogwarts Legacy today
Save $620 on this Lenovo gaming laptop with an RTX 3070
AMD vs. Intel: which wins in 2023?
Forspoken settings: change these settings for a better experience
Add 2TB of storage to your PS5 with an SSD and save $70 with this deal