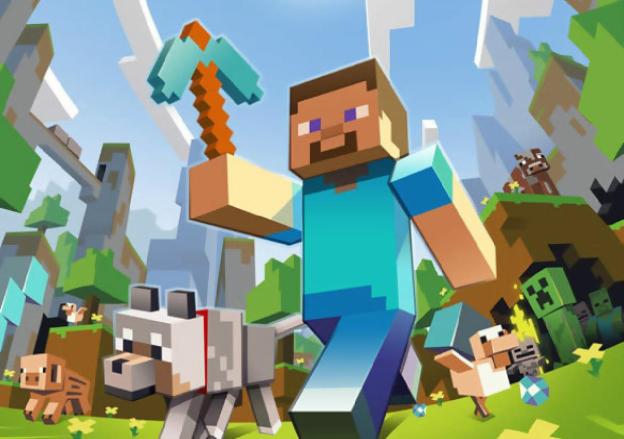 This final Digital Blend of the year breaks format to bring you our best games in the under-$20 gaming from 2012. There’s little in the way of new releases in this post-Christmas week. And while the news is light, you should definitely take a peek at our interview with American McGee, creator of two Alice in Wonderland-themed games, the episodic series based on the writings of The Brothers Grimm, and the recent browser based game Akaneiro: Demon Hunters. Also take note of the fact that mobile developer Supercell – creator of Clash of Clans and HayDay – has officially overtaken Electronic Arts as the top-grossing iOS developer, thanks almost entirely to the daily $500,000 take that the studio sees from micro-transactions. The final bit of Blend-worthy news for this week: the Wii U will get its first taste of free-to-play in 2013 when Namco Bandai offers up Tank! Tank! Tank! with a free foundation and a pay-per-feature unlock system.

The Digital Blend focus will always be on the best in under-$20 gaming, but we’ll be pulling from a much more diverse assortment of offerings as 2013 unfolds. New hardware means changing systems; Sony and Microsoft have both already begun edging toward console-based F2P content, and the importance of that business model is likely to expand in 2013 as the next-gen dawns. Continually improving mobile hardware and new technology like the open-source, F2P-driven Ouya console only promise to further complicate the landscape for established competitors. Apple alone looms large as a constant game-changer threat; if the company put just one percent more effort into establishing itself as a force in gaming, it could emerge almost immediately as a top competitor.

That’s all in the future though. For now, let’s look back over 2012. So read on for our top picks of the year, broken down by content delivery system.

Journey‘s… err… journey is stunningly beautiful and immediately memorable. The graphics, the music, the anonymous multiplayer gameplay… every shred of this game drips with creativity and outside the box thinking. There were many great games released on PlayStation Network in 2012, both for the PlayStation 3 and PS Vita platforms, but none comes even close to capturing the artistic flavor and sharp design of Journey.

Minecraft was a bona fide PC sensation long before it made its bow on Xbox Live Arcade earlier this year. Give credit then to developer 4J Studios for capturing the essence of the ever-malleable original in a technical package that the Xbox 360 console can play nice with. Console Minecraft is not without its concessions, chief among them being a significantly smaller world size and a lack of feature parity with the PC edition. 4J has been great about delivering updates that add necessary features from the PC game. The UK-based studio also did a stellar job of making this very mouse+keyboard-friendly game an absolute joy to play on a gamepad. It may embrace a different set of strengths than its PC-exclusive predecessor does, but Minecraft: Xbox 360 Edition delivers the same sort of highs while taking full advantage of Xbox Live’s exceptional multiplayer support.

The great thing about being in charge of a “best of” list is the ability to bend the rules when necessary. Thanks be for that, because you can’t force us to decide between FTL: Faster Than Light and Hotline Miami. Both are exceptional games whose principal joys stem from their sense of randomness. The emergent elements feel very different between the two games, but the result on the gamer’s end is the same: open-mouthed bliss. FTL accomplishes it through a never-ending supply of random obstacles that pop up as you keep your patchwork ship together while it zooms across the galaxy. Hotline Miami is much more about embracing the moment; the map layouts never change but enemy placement does. The most effective strategy is to simply nut up and carve out a gory path of destruction while relying primarily on reflexes and quick tactical planning.

Mallo is back! The late-2011 puzzle game Pushmo got a late-2012 refresh as Crashmo. The focus is largely the same, tasking players with pushing and pulling large blocks around an arena with the goal of creating a route that allows you to jump your way to the top. Crashmo stands apart from its predecessor for adding gravity to the mix. Blocks can now tumble down when there’s nothing beneath them, adding a significant wrinkle to the way you must approach each challenge. The physics aren’t always true-to-life, but this is a game that rewards those with the patience to trial-and-error their way through an assortment of puzzles. You’ll either hate it or you’ll lose so many hours playing that you’ll find yourself starting to frequently miss your bus/subway/commuter rail stops.

The unfortunate truth is that there isn’t a mobile platform out there right now that is capable of competing with Apple’s iOS, at least when it comes to catering to the tastes of gamers. Android and Windows Phone both have different issues that they’ll need to tackle in 2013; Ouya and other gaming-dedicated devices will help the former while the continued proliferation of Windows 8 will help the latter. All of which means that, for this year at least, one category will have to apply across all mobile platforms.

With that caveat out of the way, let’s get back to celebrating. Rovio continues to sail along on the success of its Angry Birds franchise, but 2012’s Angry Birds Space proved yet again that there’s some intense creativity happening in the developer’s offices. Space takes the Angry Birds formula and evolves it for a range of zero-G, low-gravity, and airless environments. Those ideas further coalesced in Angry Birds Star Wars, but the evolved gameplay of Angry Birds Space is what nets it top honors.

Here’s a telling piece of information: We were tempted to call this feature “The Best Games of 2012 That Weren’t Called The Walking Dead.” So outstanding were Telltale Games’ efforts that it’s starting to feel like The Walking Dead is hogging all of the attention away from other, equally excellent and deserving games. Thousands upon thousands of words have been written about this revolutionary interactive narrative and its episodic execution. You know why you need to play it. You’ve probably played it already. So let’s all give it up one more time for Telltale: The Walking Dead elevates the medium, and it’s the best video game of this and many other years.