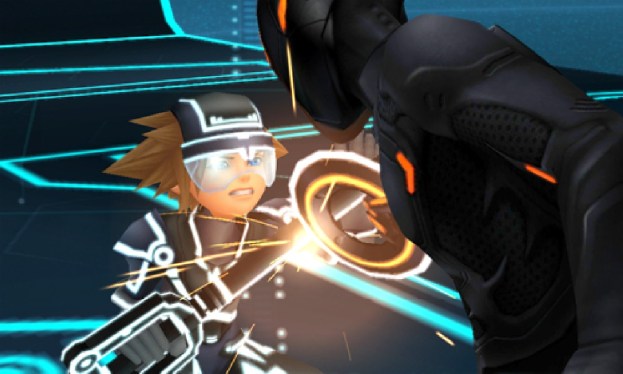 The 2010s is shaping up to be a momentous decade for Disney as the company’s media empire balloons to include even more pop culture icons of the 20th century. Disney made waves last decade when it acquired Pixar and Jim Henson’s Muppets, but both purchases were nowhere near as momentous as when it bought comic book house Marvel or Star Wars maker Lucasfilm. Yet even as Disney’s pop culture reach has broadened in recent years, its strangest partnership endures: After ten years, the Kingdom Hearts series that combines Disney and Square Enix characters is still going strong. Now the series is jumping to PC thanks to a studio with an idiosyncratic history.

Kingdom Hearts X[chi] continues the series’ penchant for bizarre titles but breaks with its roots on portable and home game consoles. X[chi] is actually a free-to-play PC game that lets players move through a story and fight each other with collectible cards, a battle system that recalls the decade-old Game Boy Advance entry in the series, Kingdom Hearts: Chain of Memories.

Disney’s Kingdom Hearts partner Square-Enix isn’t developing X[chi] itself. The game is actually made by Japanese studio Success Corporation. Success has never released a hit game, but it has made some notably strange and fun titles. Its resume includes PlayStation 2 role-playing game Metal Saga, the classic arcade shooter series Cotton, and the early Xbox 360 strategy game Operation Darkness. Operation Darkness’s plot, involving a team of werewolves working with the US military to fight the Nazis in World War II, is even weirder than Kingdom Hearts’ sprawling narrative.

It’s no surprise in light of Square-Enix’s recent earnings report that the company and Disney are releasing a free-to-play PC game in the series. The company reported a $61 million loss for the first nine months of the fiscal year ending in March 2013, and the primary reason is slow console game sales. Browser games like Kingdom Hearts X[chi] are, according to the company, helping to mitigate those losses.

As of March 2013, it will be seven years since the last new game in the Kingdom Hearts series was developed for a home console. If X[chi] is successful, there may be no room for console Kingdom Hearts in the modern Disney and Square-Enix partnership.